A Court of Appeal judge has warned parties they should expect harsh treatment if they continue to burden the courts with irrelevant and lengthy submissions.

Lord Justice Hickinbottom used the judgment in Harverye v The Secretary of State for the Home Department to reiterate his call for lawyers to remind themselves of the rules about documents submitted for appeal hearings.

In the case, an appeal by a Zimbabwe national against his deportation order was dismissed, as the court ruled there had been a material change in circumstances.

But, according to Hickinbottom LJ, a 'straightforward and narrow' issue was ‘all but lost in the plethora of paper’ involved with the appeal.

The judge said it would have been simple for the secretary of state to set out in his notice of decision what the material change of circumstance had been. Instead the court was forced to spend considerable time and effort on issues that were never going to be relevant.

But the judge stressed that lawyers could not avoid all blame, and he noted the grounds of appeal, skeleton arguments and oral submissions ‘lacked the required and expected focus’.

‘The grounds of appeal are the well from which the argument must flow,’ added the judge. ‘The reasons why it is said the decision is wrong or unjust must not be included in the grounds, and must be confined to the skeleton argument.’

Hickinbottom LJ said that where a skeleton argument did not comply with requirements set out in Civil Procedure Rules, it may be returned to its author by the Civil Appeals Office and ultimately costs for drafting it disallowed.

’Where there is a failure to comply with such important mandatory procedural rules, the courts have a variety of sanctions (including costs orders) at their command,’ he added.

Referencing his judgment last year in Hickey, the judge said compliance with the rules will ensure that appeal hearings are properly focused and can have the resources devoted to them that they deserve. In Hickey, a judgment made last April, Hickinbottom LJ said that where an appellant proposes substantial changes to the grounds of appeal from those upon which he has obtained permission to appeal but has made no application – or no reasonably prompt application – to amend, he ‘should not expect an appeal court to be sympathetic’. 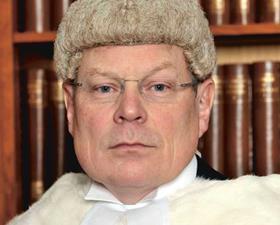