Prosecutors have been issued with updated guidance on dealing with hate crime cases amid rising volumes of reports to the police.

Alison Saunders, director of public prosecutions, said documents published today, including public statements on how the Crown Prosecution Service will prosecute hate crime and support victims, 'take account of the current breadth and context of offending to provide prosecutors with the best possible chance of achieving justice for victims'.

'They also let victims and witnesses know what they should expect from us,' she added.

A hate crime is an offence where the perpetrator is motivated by hostility or shows hostility towards the victim's disability, race, religion, sexual orientation or transgender identity.

The CPS announced today that it will treat online crime as seriously as offline offences, and consider the potential impact on the wider community as well as the victim. 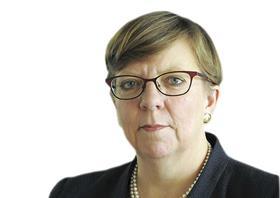 CPS policy, for the first time, acknowledges that victims of biphobic crime have different experiences and needs to victims of homophobic and transphobic offences.

Saunders said: 'Hate crime has a corrosive effect on our society and that is why it is a priority area for the CPS. It can affect entire communities, forcing people to change their way of life and live in fear.'

Saunders said: 'I hope that, along with this week's campaign, they will give people the confidence to come forward and report hate crime, in the knowledge that they will be taken seriously and given the support they need.'

Mishcon de Reya, which has offices in London and New York, said today's guidance is a 'big step in the right direction'.

Legal director Emma Woollcott said the greatest challenge, however, is ensuring proactive enforcement of the laws, and of social media companies' own policies against online abuse, on the front line.

She warned: 'There is no point having such guidance and standards if they are not properly policed, and if essential data is lost by slow and ineffective responses from social media platforms. Victims and their advisers must act quickly and persistently to ensure that perpetrators are identified and brought to justice.'