Defenders of judicial review plead their case to MPs

The quality of decisions by public bodies could deteriorate under the government’s judicial review reforms, MPs considering the controversial legislation have been told.

A House of Commons general committee scrutinising the Judicial Review and Courts Bill conducted several evidence sessions this week with a wide range of experts and interest groups. In one session, the committee heard from the Law Society, Public Law Project and Liberty, who highlighted the adverse consequences that clause one of the bill would have for MPs' constituents.

Clause one introduces a discretion to suspend quashing orders, provide prospective-only remedies and remove a person’s ability to judicially review a decision of the Upper Tribunal to refuse permission to appeal from the First-Tier Tribunal.

Ellie Cumbo, the Law Society’s head of public law, told the committee that prospective-only quashing orders were a ‘drastic new suggestion’ that did not arise from the Independent Review of Administrative Law.

‘Its effect would be to remove a remedy from the person who successfully challenges a decision and proves that it is unlawful. Is that not the most basic requirement of a justice system – that people who bring a case and win it are then entitled to an effective remedy? That one really is very difficult to justify and is a radical departure from the expectations that I suggest all of us, including all of your constituents, have of an effective justice system,' she said.

Louise Whitfield, head of legal casework at Liberty, said there was no evidence the government’s reforms will improve public body decision-making.

‘One of the main benefits of judicial review is that it holds public bodies accountable, and we’re not just talking about central government - we’re talking about all sorts of public bodies making decisions affecting people’s day-to-day lives,’ she said. 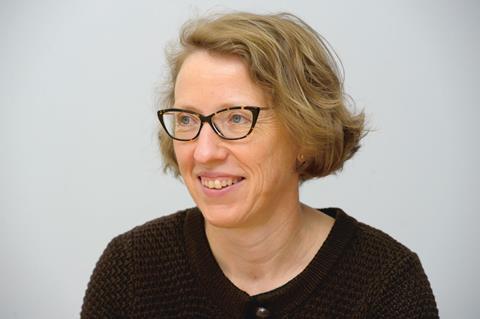 ‘If it improves public body decision-making, we would expect to see reforms that were going to help that. In actual fact, we think that these reforms will hinder the ability of public bodies to make good decisions. They will be tempted to gamble more. It will create a risk of incentivising them because they won’t have to put right the wrongs that are found by the court. It will buy them a couple of years while the case is fought out. They will know there’s a good chance of getting a prospective-only remedy or some suspended quashing order even when it’s been found that the policy or decision has been unlawful.’

Sara Lomri, deputy legal director of Public Law Project, stressed to the committee that judicial review is a remedy of last resort.

She added that judicial review is hard to access, legal aid is heavily restricted, and cases that the government felt were political were in the 'absolute minority'.

The bill will be further scrutinised today and next week, before moving to report stage and a third reading in the Commons. It will then head to the House of Lords.