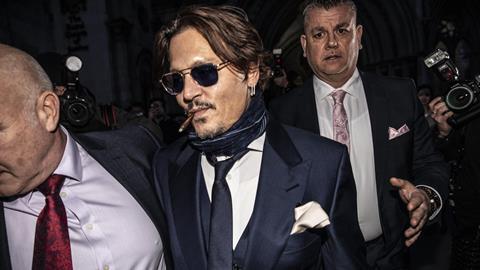 Hollywood superstar Johnny Depp came up against the nuances of civil procedure rules yesterday after he asked for permission to call extra witnesses to his libel trial.

Depp successfully persuaded the High Court in an interim ruling to allow relief from sanctions after serving witness statements some eight hours late. That hurdle was passed, but Mr Justice Nicol refused permission to call one witness and allowed the other to give only limited evidence at trial, after ruling on how relevant their contributions would be.

Depp, the star of the Pirates of the Caribbean franchise, has a libel claim against the Sun newspaper over allegations about his behaviour towards his ex-wife Amber Heard. The 15-day trial is set to start on 7 July, after being adjourned in March.

The application for relief from sanctions, meeting the criteria set out in Denton, will be all too familiar to litigation lawyers - though it rarely attracts national media attention.

Depp applied for permission to rely on the witness statements of two potential witnesses and to call those witnesses to give evidence at trial. The witnesses were David Killackey, a mechanic employed by Depp since 2010, and Heard's former personal assistant Kate James.

The court had previously stated that witness statements should be served by 4pm in 6 March, but they were not served until just after midnight the next day.

Nicol agreed with Depp’s lawyers that, in view of the adjournment of the trial, future hearing dates were not imperilled by the breach and the conduct of the litigation was not disrupted. The breach was deemed neither serious not significant and relief for the late service of the witness statements was granted.

But Nicol refused permission to call Killackey, saying any relevance his evidence might have was too marginal to allow Depp to adduce it. The witness said nothing of significance as to whether Depp’s behaviour towards Heard was controlling or otherwise.

Depp was given permission to call James to give evidence to a limited extent, with the judge going through her statement almost line-by-line to rule on what was relevant.