Litigants in person should not be seen as an unwelcome problem for the court, judges have been told in 422-page guidance on equal treatment issued by the Judicial College.

Lady Justice Rafferty DBE, chair of the college, said that aim of the Equal Treatment Bench Book, published this week, is to ensure people leave court 'conscious of having appeared before a fair-minded tribunal'. 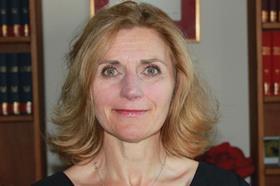 Rafferty said the team had ‘not shrunk from the hardest or knottiest of tasks and the job has not been easy’.

The book states that, to ensure equality before the law, a judge must be 'free of prejudice and partiality and conduct themselves, in and out of court, so as to give no ground for doubting their ability and willingness to decide cases solely on their legal and factual merits, as appears from the exercise of an objective, independent and impartial judgment (to paraphrase Lord Bingham)'.

Judges are advised to put themselves in the position of those appearing before them and keep language simple. 'A thoughtless comment, throwaway remark, unwise joke or even facial expression may confirm or create an impression of prejudice,' the guide says.

Litigants in person 'should not be seen as an unwelcome problem for the court or tribunal’ and judges are urged to ensure they have every reasonable opportunity to present their case.

Tips include making realistic directions, going back over key dates at the end of a case management hearing, and using names instead of labels such as 'respondents'. Judges are advised to explain to litigants in person that the ‘archaic’ phrase ‘trial bundle’ means a tagged or lever arch file of documents.

The college predicts that the number of litigants in person will continue 'as a result of financial constraints and the consequences of the legal aid reforms'. The book says litigants in person are increasingly appearing in the Court of Appeal in criminal, civil and family cases. Some have represented themselves at first instance. Others, having been represented in a lower court, take their own cases to appeal due to public funding being withdrawn after the first instance hearing.

The book acknowledges that McKenzie friends and lay representatives contribute significantly to access to justice. However, 'the judge has to identify those situations where such support is beneficial and distinguish circumstances where it should not be allowed,' it adds.