Wales is to move towards a distinct, codified, jurisdiction with the publication of draft legislation designed to make laws more accessible - and to 'facilitate use of the law in Welsh'. 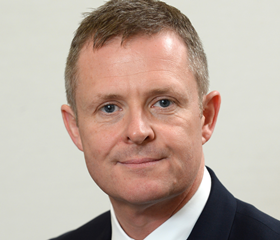 The Welsh government's senior legal adviser, Counsel General Jeremy Miles AM, will today open a 12-week public consultation on the draft Legislation (Wales) Bill. The proposed legislation will impose obligations on ministers and the counsel general to make laws more accessible. It also makes 'bespoke provision about the interpretation of Welsh legislation', the Welsh Government said.

'The complexity of the law that applies to Wales is a big problem and steps need to be taken to simplify it and make it more accessible to everyone,' Miles, a former practising solicitor, said. The legislation aims 'to organise Welsh law into comprehensive codes organised by the subject areas devolved to Wales'. These already include housing and public health. The Wales Act 2017 introduces a 'reserved powers' model, under which the National Assembly has competence in all areas not reserved for Westminister.

Divergence with legislation applying to England has already created a distinct corpus of Welsh law, senior judicial figures have noted. Earlier this month, Supreme Court Justice Lord Loyd Jones called for 'prompt action' to address the resulting complexity. His proposed solution, coding legislation according to its subject matter, will be taken forward by the new bill.

Miles described the measure as 'an issue of social justice'. He added that 'a clear, certain and accessible statute book is an economic asset and gives those who wish to do business in Wales a more stable and settled legal framework'.

The proposals would also facilitate use of the law in Welsh, Miles said.