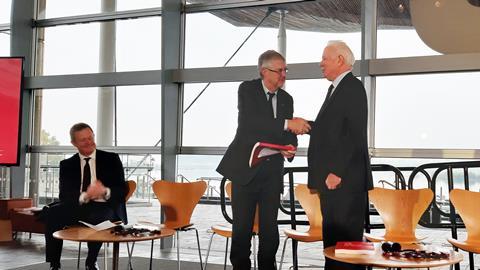 An elite cadre of 10 civil service high-fliers could convene to steer through wholesale devolution of justice policy and funding to Wales. So believes Lord Thomas of Cwmgiedd, who this morning launched the biggest review of justice in Wales for 200 years.

The former lord chief justice said he had been told by Whitehall that it would cost £14m to establish a devolved policy function in Wales. But he dismissed the notion, stating: ‘No. We ought to do something different. A small, high-grade team should work with the profession and the universities to advise ministers. There is no need to replicate the Whitehall juggernaut.’

Today’s report of the Commission on Justice in Wales contains 78 recommendations which together amount to a radical blueprint for reform. First minister of Wales Mark Drakeford, who took delivery of the report at a packed launch in the Senedd, will make a statement on next steps on 5 November.

Asked by the Gazette if the reforms had been costed, Thomas conceded they had not. ’We regard the prospect of more money being provided as one that would be wonderful but it’s never happened,’ he said. Nevertheless, Thomas insisted significant savings could be ploughed back into justice through the adoption of a ‘more coordinated and coherent’ approach to the provision of advice. Penal policy, meanwhile, on which the report dwells at length, was a matter for politicians.

The commission was also questioned on its decision not to recommend devolution of representation and regulation of the legal professions. ‘If you were to saddle Wales with the extra cost of regulation that would be a huge burden to the profession,’ he said. Thomas speculated nevertheless that the Solicitors Regulation Authority could be hauled before the Welsh parliament for refusing to translate the new solicitors qualifying examination into Welsh because this would be too costly.

Accountability to the Cardiff parliament for its operations in Wales could prove a model for the SRA and other regulators, he added. Equality of English and Welsh throughout the justice system in Wales is one of the report’s key recommendations. ‘If they [the SRA] go forward on this basis, what would they say to the Assembly?’ Thomas added.