Lawyers pursuing claims for flight delays have suffered a rare court defeat in a judgment that could scupper thousands of potential claims.

The Court of Justice of the European Union ruled today that a collision between an aircraft and a bird is classed as an extraordinary circumstance. 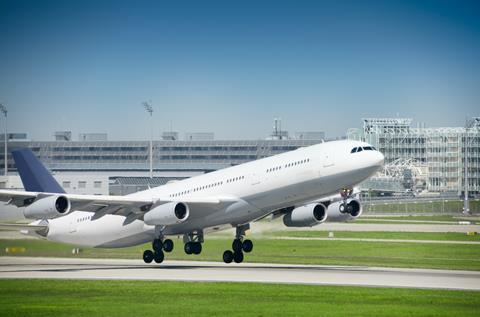 That definition would exempt the air carrier from any obligation to pay compensation in the event that a flight is delayed significantly.

Lawyers working on behalf of passengers had been awaiting the judgment while sitting on hundreds of potential claims.

The case in question was brought by two passengers who had travelled in 2013 from Burgas in Bulgaria to Ostrava in the Czech Republic, via Brno.

The flight had already been delayed because of a technical fault, then was set back further when the aircraft required checks following a bird strike while landing at Brno. Overall, the flight was delayed by five hours and 20 minutes.

The passengers brought a claim for around €250 each and said they had the right to compensation under EU regulations as the flight was delayed more than three hours.

The Czech court sent the case to the EU Court of Justice to test whether collision with a bird was classified as an extraordinary circumstance and could not have been avoided even if all reasonable measures had been taken.

The court said the meaning of the ‘extraordinary circumstances’ regulation was to capture events outside the carrier’s control.

‘A collision between an aircraft and a bird, as well as any damage caused by that collision, are not intrinsically linked to the operating system of the aircraft, with the result that such a collision is not by its nature or origin inherent in the normal exercise of the activity of the air carrier,’ said the court.

Judges ruled the air carrier was released from its obligation to pay compensation and deducted the payout based on that exemption (some damages were still payable based on the original delay).

The Luxembourg court noted that while airlines may be required to take certain measures to reduce or prevent the risks of collisions with birds, it was not responsible for the failure of other entities such as airport managers or air traffic controllers.

The decision on costs was remitted to the Czech court.

North west firm Bott & Co, which has been at the forefront of the growing flight delay claim industry, said last week that a ruling that bird strikes were not extraordinary could result in £11m being paid to UK passengers. The firm had 1,500 claims on hold pending the outcome of the case.

In a statement, Kevin Clarke, flight delay legal expert at Bott & Co, said: ‘This is not the decision we were hoping for, but nonetheless it is clarity from the highest court in Europe who have found that bird strikes are an extraordinary circumstance.'

‘We are particularly disappointed because we have a track record of winning bird strike cases in the UK, even to appeal level. We’ll be taking a long look at this judgment in the coming days to work out the best course of action for our clients and all UK passengers.’

The judgment is a rare victory for airlines who have suffered a series of court defeats in recent years about the scope of claims for delays.

In August 2015, Ryanair lost a case in which a judge ruled passengers should have six years to claim compensation for a delayed flight.

In June 2014, the landmark Huzar case found a delay caused by technical problems was not classed as ‘extraordinary circumstances’ and could be eligible for compensation.