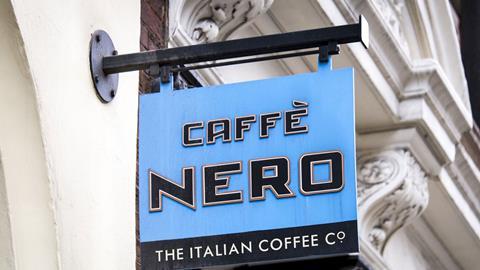 Caffè Nero has failed to secure an EU trademark for its name – because the public may be deceived into thinking the mark relates only to black coffee.

In a judgment handed down last week, the EU’s General Court dismissed the coffee chain’s appeal against an earlier decision by the EU Intellectual Property Office (EUIPO) to reject its application for the term.

In an application filed in 2014, the UK-headquartered company applied to trade mark a figurative mark for the term ‘Caffè Nero’.

The application covered classes 30 and 35, which relate to teas, coffees, biscuits and confectionery, and coffee shops and retail stores respectively.

In March last year the EUIPO rejected the application prompting Nero to appeal against the decision the following May.

In November, the EUIPO’s First Board of Appeal found that the mark would be perceived by the relevant public as meaning ‘black coffee’.

Nero appealed against the decision but, in a ruling handed down on 27 October, the court rejected its claims.

The court said the sign was composed of two elements, ‘Cafè’ and ‘Nero’ that are commonly used in Italian.

‘As a whole, and according to Italian grammar and syntax, the combination of those two terms will thus be perceived by the public concerned as meaning "black coffee",’ it said.

Caffè Nero claimed that the expression has no meaning either in Italian or in the Italian coffee culture because coffee is referred to using a specific name, not by referring to its colour.

But the court rejected that claim.

‘It is a matter of common knowledge that in many member states the literal translation into their own language of the expression caffè nero will be understood by the general public as referring to coffee served as a beverage without any additions,’ the judgment said.

The court added that the circumstances for refusing registration presuppose the existence of ‘actual deceit or a sufficiently serious risk that the consumer will be deceived’.

It added: ‘The essential function of a trademark is to guarantee the identity of origin of the marked goods or services to the consumer or end user by enabling him, without any possibility of confusion, to distinguish the goods or services from others which have another origin.’

The chain added that it already owns two EU marks, a word mark and a figurative mark, containing the elements ‘caffè nero’ and UK marks.