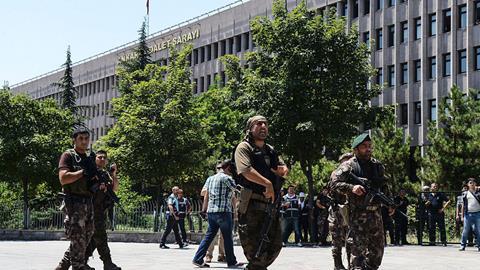 International bar groups have united to demand assurances that Turkey meets its obligations under the European Convention on Human Rights following an attempted military coup and declaration of a state of emergency.

Last week Turkish authorities notified the secretary general of the Council of Europe of the country’s intention to derogate from the convention under article 15.

However, the Council of Bars and Law Societies of Europe (CCBE), the European Bars Federation (FBE) and UIA – International Association of Lawyers (UIA) said any derogations could not be inconsistent with with the state’s other obligations under international law.

Issuing a joint statement, the organisations said there can be no derogation from articles 2 (right to life), 3 (prohibition of torture and inhumane or degrading treatment or punishment), 4 (paragraph 1 – prohibition of slavery) and 7 (no punishment without law).

The statement says: ‘We call on the European Court of Human Rights to strictly monitor the respect of article 15 and the criteria set out in the convention, notably the criteria of proportionality of measures taken and the requirement that any derogations may not be inconsistent with the state’s other obligations under international law.’

The organisations also call on the Council of Europe to be ‘extremely rigorous’ on Turkey’s respect of its obligations under the European conventions and treaties to which Turkey is a state party.

‘Finally, we call on the EU and all member states to concur on a common position as regards the consequences of the crackdown on Turkey’s relationship with the EU,’ the statement adds.

According to the Turkish judiciary, 2,745 judges and prosecutors have been dismissed since the coup attempt earlier this month.

The CCBE, FBE and UIA said they were ‘extremely alarmed by the ongoing purge within the judiciary that led to the suspension and revocation of thousands of judges, the arrest of hundreds, and the arrest of at least 11 lawyers, allegedly involved in the coup’.

The authorities’ use of the state emergency as an alibi for the detention and making arbitrary and unlawful arrests was contrary to international law, the organisations added, expressing concern at the ‘complete and utter disregard’ for the rule of law, democracy, human rights and fundamental freedoms in Turkey.