Mandatory reporting of disparities between men’s and women’s pay could pose significant challenges for law firms with a large number of salaried partners, an employment solicitor has warned.

From today, employers with more than 250 staff are legally required to publish four types of figures annually on their own or the government’s website in the next 12 months.

Ed Stacey, head of employment law at accountancy firm PwC, said: ’In terms of law firms, it does only impact those with more than 250 employees and therefore smaller law firms will only report on a voluntary basis. 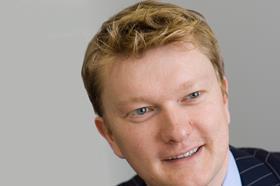 A guide published by the Government Equalities Office and conciliatory service ACAs states that partners, where they would usually also be considered employees, should be used to establish the employee headcount, but not be used as part of the calculations.

The regulations exclude partners in traditional partnerships and limited liability partnerships from the definition of ‘relevant employee’ because partners are not ‘paid’ but instead take a share of the profits, which is not directly comparable with employees’ pay.

The new requirements are likely to lead to an increase in equal pay and discrimination claims, Stacey predicted. ’Given that some of these claims are likely to be undertaken collectively, tribunal fees are unlikely to be a significant deterrent,’ he added.

Solicitors have welcomed the legislation, which is expected to improve diversity.

Sarah Henchoz, employment partner at international firm Allen & Overy, said the latest provisions are ’likely to do more for pay parity in five years than equal pay legislation has done in 45 years’.

She added: ’Although administratively complex, this regime is good news for equality and gender diversity, which means it is good for the bottom line.’

Catrina Smith, partner in the employment team at international firm Norton Rose Fulbright, said businesses covered by the requirement should, by now, have: determined which employees come in the regulation’s scope; established payroll systems to provide the data or instructed any third party who will be running the report; determined the timeline towards publication; and be clear that the reasoning behind the chosen methodologies can be justified.

Smith added: ’It will be interesting on this date next year to see what companies have reported and, where relevant, the steps they are taking or plan to take to address any gender pay gap issues. This may become a key issue when recruiting for future employees - if they are aware of a “bad” gender pay gap, talented employees may prefer to look elsewhere.’