HR staff trying to help trans people applying for a job may inadvertently commit a criminal offence under the Gender Recognition Act, employment lawyers have told the government, which is considering how trans people can achieve legal recognition more easily.

The Employment Lawyers Association says a section 22 breach does not require the disclosure to be malicious or intended to harm the trans person: 'Indeed the disclosure may be with the express intention of helping the trans person (and indeed may in fact help them) but would still amount to a criminal offence.' 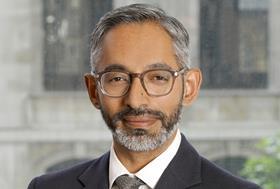 The association's response was drafted by a working party including Shah Qureshi, head of employment and professional discipline at Irwin Mitchell's London office.

Qureshi said: 'Section 22 criminalises a disclosure even where it is made inadvertently. It also creates a hierarchy of rights between trans people and other protected characteristics like race, gender or sexual orientation. This is unlikely to be conducive to achieving equality across the board. These types of disclosure are best dealt with under the Equality Act which prohibits unlawful discrimination, harassment and victimisation.'

The association wants section 22 to be repealed. If section 22 remains, the association says it must contain some sort of mental element or mens rea, such as disclosing the information maliciously.

The association also points out that disclosing sensitive medical data may breach 2018 data protection legislation but would not be a criminal offence, but it would be under the 2004 Gender Recognition Act.

Discussing disclosure in court, the association says it may be necessary so that a person can defend their own rights: 'There are already adequate protections in place to mitigate any distress or difficulties caused by the exemptions. For example, the use of anonymity orders in court, anonymisation of court documents and, where appropriate, the holding of hearings in private. Each case falls, rightly, within the discretion of the judge to use his or her judicial discretion to make the appropriate order in the circumstances.'

The Government Equalities Office has received more than 53,000 responses to its consultation, which closed on Monday.