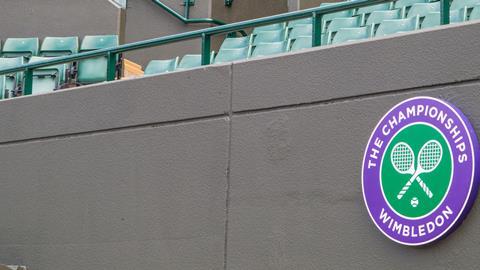 Go to the LAA for civil contempt funding, not us - High Court

Litigants in person and solicitors should go through the Legal Aid Agency, not the High Court, for public funding in civil contempt proceedings, a judge has said in a bid to clear up confusion over who has the power to grant legal aid.

Mr Justice Chamberlain highlighted a lack of clarity over the correct procedure for determining legal aid applications for committal proceedings in a case stemming from the sale of Wimbledon tickets. After deciding last week not to make a representation order for the defendant in All England Lawn Tennis Club Ltd and All England Lawn Tennis Ground Plc v Luke McKay, the judge today handed down a written judgment explaining his reasons.

Chamberlain J said he accepted the LAA's assurance that McKay is entitled to legal aid without the need for his means or the merits of his case to be assessed, and that such applications are normally determined in 48 hours.

The difficulty arose because of a 2015 decision in King's Lynn and West Norfolk BC v Bunning, which Chamberlain J said has been followed or at least assumed to be correct in subsequent High Court and Court of Appeal decisions.

He said: 'That case was heard soon after LASPO [Legal Aid, Sentencing and Punishment of Offenders Act] came into force. There was an application to commit for breach of an injunction made in civil proceedings in the High Court. The respondent had found it difficult to obtain legal aid because, at the time, the LAA had no established procedure by which applications could be made.'

The practical concern behind the Bunning decision 'was that, at that time, unless the court could make the determination, there was no established procedure by which legal aid could be secured for civil contempt proceedings'. That concern has since been addressed, Chamberlain J said, as the agency now has an 'established procedure'.

Chamberlain J confirmed that he declined to make a representation order because, as the LAA accepts, a respondent to High Court committal proceedings alleging breach of an order is entitled to legal aid 'as of right'.

The 'relevant authority' responsible for determining eligibility for the purposes of section 16 of LASPO is a separate question. Chamberlain J said: 'In High Court committal proceedings alleging breach of an order, the "relevant authority" is the director of legal aid casework, not the court. Insofar as it reached the contrary conclusion, Bunning was wrongly decided.

'This should have no practical effect on the availability of legal aid because the LAA has an established procedure for determining applications expeditiously in cases of this sort. Litigants and providers of legal services should be encouraged to use this procedure and should not now apply to the High Court for representation orders.'

However, the position in the Court of Appeal is different, said Chamberlain J - the appeal court is the 'relevant authority' and the application should be made to that court.