The entire corpus of EU law which entered the UK statute book via the European Union (Withdrawal) Act of 2018 is to be reviewed, the government has announced. In a statement to the House of Lords, Cabinet Office minister Lord Frost (David Frost) said 'we must now revisit this huge, but for us, anomalous, category of law'.

He was speaking as the government published its response to the so-called TIGRR report on regulation which, among other things recommended reform of the General Data Protection Regulation and dropping the EU's 'precautionary principle' on new technologies. 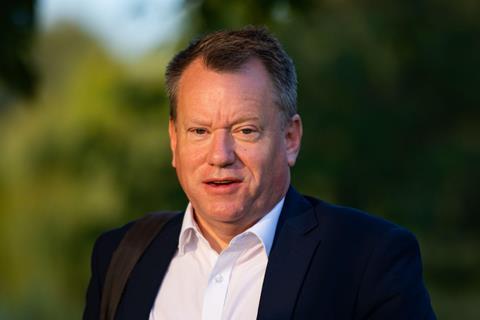 Lord Frost: 'We must now revisit this huge, but for us, anomalous, category of law'

The review would remove the special status of retained EU law, 'so that it is no longer a distinct category of UK domestic law, but normalised within our law, with a clear legislative status', Lord Frost said. 'Unless we do this, we risk giving undue precedence to laws derived from EU legislation over laws made properly by this parliament.'

The substantive content of retained EU law would also be scrutinised. 'Our intention is eventually to amend, to replace, or to repeal all that retained EU law that is not right for the UK,' Lord Frost said. Conceding this would be a 'mammoth task', he said that the government is looking at developing a tailored mechanism for accelerating the repeal or amendment of retained EU law.

Meanwhile, a new standing commission, 'under visible and energetic leadership', will be set up to receive ideas from any UK citizen on how to repeal or improve regulation. 'I hope in this way we will tap into the collective wisdom of the British people and begin to remove the dominance of the arbitrary rule, of unknown origin, over people’s day to day lives,' Lord Frost said.