The government will have to go back to the drawing board over its 'disproportionate' criminal records disclosure regime after it was dealt a final blow by the Supreme Court today.

The government was hoping to overturn the Court of Appeal's 2017 ruling that the scheme, which requires the disclosure of all spent convictions where an individual has more than one such conviction, was 'not in accordance with the law'.

Today the Supreme Court dismissed the appeals. Lord Sumption said the multiple convictions rule was 'in reality an aggravating factor affecting the significance of an offence'. Lady Hale agreed that including reprimands or warnings given to young offenders was 'wrong in principle'. Lord Kerr said there was potential for 'widespread disproportionate outcomes in the disclosure of data if the present system continues'.

Human rights group Liberty represented P, who in 1999 was charged with shoplifting a book costing 99 pence. She was bailed to appear before a magistrates' court 18 days later but failed to attend and convicted of a second offence under the Bail Act 1976. P, who received a conditional discharge for both offences later that year, was suffering from an undiagnosed mental illness.

Children's legal charity Just for Kids Law represented G, who was challenging the policy of disclosing two reprimands he received when he was 13 for alleged offences committed when he was 11 and 12. 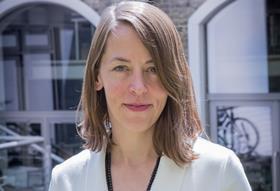 Stoughton: judgment holds promise of a fresh start for those who deserve a second chance.

Corey Stoughton, Liberty advocacy director, said: 'P made a mistake a long time ago and has been unfairly punished ever since. Using overly broad bureaucratic rules that effectively deny people meaningful careers by forcing them to carry a scarlet letter for life is both cruel and pointless. Today’s court decision holds the promise of a fresh start for thousands of people who deserve a second chance. The government must finally reform this disproportionate scheme.'

Enver Solomon, Just for Kids Law chief executive, said today's judgment will benefit thousands of childrens issued with cautions every year, adding that those from black and minority ethnic backgrounds make up a 'shockingly disproportionate number'. Solomon called for a 'wide-ranging' review of the disclosure regime for children and young people.

An inquiry by the House of Commons justice select committee into the disclosure of youth criminal records found that the current regime was inconsistent with the aims of the youth justice system and created a barrier to rehabiliation. Recommendations included a rebuttable presumption against disclosure of police intelligence relating to under-18s. Today, the committee's chair, Conservative MP Bob Neill, said: 'Following today’s judgment, we look forward to hearing about the government’s proposals for ensuring all aspects of the regime are proportionate.'

In his landmark review of criminal justice and race, Labour MP David Lammy said the records disclosure regime hampers people with convictions from starting new lives. He recommended a system adopted by many US states to seal criminal records, looking favourably on those who have changed since committing crimes as children or young adults.

A government spokesperson said: 'We have noted the Supreme Court judgment and will consider the ruling carefully before responding.'