The government is coming under increasing pressure to ensure bereaved families are granted legal aid to be represented at inquests, following today's publication of a review of the experiences of families who lost loved ones in the 1989 Hillsborough football stadium disaster.

In a report commissioned by the Home Office, The Patronising Disposition of Unaccountable Power, the Right Reverend James Jones, chair of the Hillsborough Independent Panel and the home secretary's adviser on Hillsborough, said there is a 'pressing need' for bereaved families to receive publicly funded legal representation at inquests where public bodies are legally represented.

Earlier this week, Dame Elish Angiolini QC, in an independent review of deaths and serious incidents in police custody, said the coroner must go the extra mile to help unrepresented families, making the lack of automatic funding a false economy.

Jones, in today's report, calls for 'an end to public bodies spending limitless sums providing themselves with representation which surpasses that available to families'. 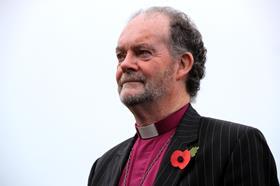 Chair of the Hillsborough Independent Panel

Coroners should be trained to protect families from 'unfair and hostile questioning', Jones suggested. 'A similar robust line should be adopted by coroners in response to attempts by legal representatives to disparage the deceased.' He also recommended that the chief coroner develop forthcoming disclosure guidance with lawyers.

Families with recent experience of inquests told Jones that 'their route to obtaining specialist advice, practical support and legal representation was often a matter of luck and word of mouth'.

Jones suggests that families should be informed of their rights to legal advice and representation, and the availability of public funding. They should be told that if the death involves a public authority, it is highly likely that the organisation will be represented by lawyers at the inquest.

He welcomes the government's commitment to create an independent public advocate, who will act for bereaved families after a public disaster and support them at public inquests.

He praises the 'excellent work' involved in producing a draft Public Authority Accountability Bill, dubbed 'Hillsborough Law'. He agreed with the bill's aims 'and with the diagnosis of a culture of institutional defensiveness which underpins it'.

Home secretary Amber Rudd said the government will 'now carefully study the 25 points of learning and we will provide a full response in due course'.