The government today set out proposals that would limit who is entitled to apply for a judicial review.

A consultation published by the Ministry of Justice proposes restricting the process to those with a ‘direct interest’ in the case.

Justice secretary Chris Grayling said too many legal challenges are causing new building projects to fall by the wayside because of ‘needless’ court proceedings.

His plans will also create a specialist planning court to speed up the legal process and drive out meritless cases which clog up courts.

The MoJ said the proposals are a response to developers’ complaints that legal delays to projects have forced them into financial difficulty and caused some schemes to collapse completely.

Grayling said: ‘We want to make sure judicial review continues its crucial role in holding authorities and others to account, but also that it is used for the right reasons and is not abused by people to cause vexatious delays or to generate publicity for themselves at the expense of ordinary taxpayers.’ 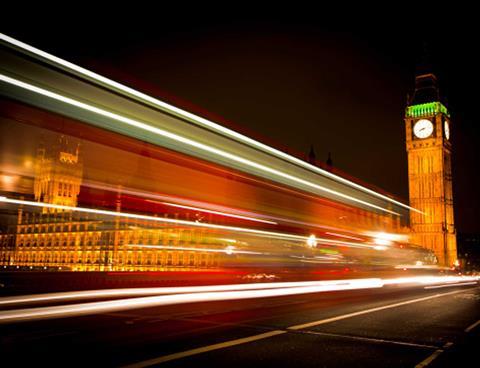 The consultation also proposes changing the rules around who has to pay the legal bills for cases so all parties have an equal interest in cutting costs. This could include making applicants who bring unsuccessful cases pay some of the defendant’s bill.

Legal aid funding will be targeted at cases ‘with merit’, although there is little detail in how these cases would be selected.

The appeals process could also be changed so it is possible for them to be considered by the Supreme Court without first going to the Court of Appeal.

According to the MoJ, applications more than doubled from 4,500 in 1998 to 12,400 in 2012, but in 2012 just one in six were granted permission to proceed beyond the first consideration of the application. Of the 422 which went on to a final hearing without being withdrawn or settled in 2011,163 went in favour of the applicant.

For planning cases, the average time to resolve an application which went all the way to a final hearing was 370 days in 2011.

Stuart Andrews, partner at international firm Eversheds, welcomed the proposal for a planning court. ‘We have been calling for a specialist court of this type for some time as it would ease delays that hold up major building projects. The current administrative structure simply doesn’t allow for important planning and environmental cases to be resolved in a timely and effective manner. Not only is the current system bad for the construction sector and wider economy, it has opened the door to tactical claims aimed at frustrating the delivery of important infrastructure projects.’

The consultation runs for eight weeks and closes on 1 November.