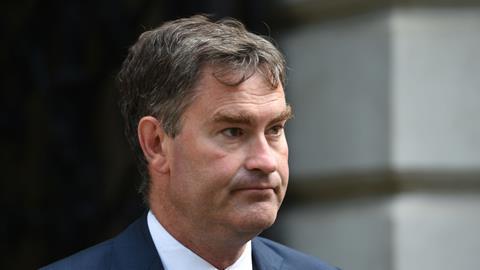 Mostyn references threat to the 1701 Act of Settlement.

The parole board’s tenure arrangements ‘continue to fail the test of objective independence’ – a High Court judge has said in a ruling that also critcised the actions of justice secretary David Gauke leading up to the departure of its former chair as ‘not acceptable’.

In Wakenshaw v Secretary of State for Justice and Parole Board of England and Wales, it was alleged by claimant Paul Wakenshaw that tenure once appointed is too short and too precarious.

Wakenshaw, who according to the judgment has a ‘long record of offending’, received an indeterminate prison sentence in 2009. His detention is periodically reviewed by the board to determine his suitability for release. He claimed that the board lacks the requisite independence under the common law and article 5(4) of the European Convention on Human Rights and is preventing him from having a fair hearing.

On the tenure question, Mr Justice Mostyn said the ‘relatively short period of appointment (three or four years, renewable for three or four years) coupled with the power of the secretary of state to remove a member… means that in this regard the provisions for tenure continue to fail the test of objective independence.’ He added that Gauke pressuring the former board chair Nick Hardwick into resignation was also a breach of its independence.

Wakenshaw made three other applications: that because the board is sponsored by the Ministry of Justice – an invariable party to proceedings before it – it cannot be said that there is an appearance of fairness; the process of appointment to the board is flawed; and that the power of the secretary of state to give directions to the board impugns its independence. These were dismissed as ‘without merit’.

Turning to the resignation of former chair Hardwick, Mostyn said: ‘It is not acceptable for the secretary of state to pressurise the chair of the board to resign because he is dissatisfied with the latter’s conduct. This breaches the principle of judicial independence enshrined in the Act of Settlement 1701. If the secretary of state considers that the chair should be removed, then he should take formal steps to remove him pursuant to the terms of the chair’s appointment.’

Hardwick resigned in March and was told by Gauke his position was untenable following the furore regarding the decision to release convicted rapist John Worboys.

Although Mostyn confirmed the board lacked the required independence he refused to grant an injunction halting the next chair’s appointment. He added that he 'would like to think' that it would be possible for the parties to agree a consent order incorporating his declaration that tenure provisions for membership fail the test of objective independence.

An MoJ spokesperson said: 'The parole board is independent from the government and ministers play no role in the decisions that it makes. Today’s judgment does not call that into question. We will carefully consider this judgment in relation to the tenure and removal of parole board members – we are looking at how we can address these concerns. It would be inappropriate to comment further while legal proceedings are ongoing.'