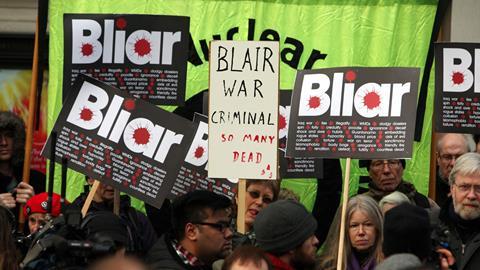 The High Court has branded a case that attempted to bring a private prosecution against former prime minister Tony Blair over the Iraq war as having ‘no prospect’ of success.

In Al Rabbat v Westminster Magistrates’ Court, an application was lodged at the High Court on behalf of Abdel Waheed Shannan Al Rabbat, the former chief of staff of Iraqi dictator Saddam Hussein, that sought to overturn an 11-year-old ruling which determined that the crime of aggression did not exist under English and Welsh law.

Westminster Magistrates’ Court rejected Al Rabbat’s case last year. He then sought a judicial review to get the Supreme Court to overturn a 2006 House of Lords ruling in R v Jones (Margaret) which clarified that the ‘crime of aggression’, which Al Rabbat alleged Blair had committed, did not exist in England and Wales. Before the Supreme Court was established in 2009 an appellate committee in the Lords acted as the UK’s top court.

In today’s judgment, Lord Thomas of Cwmgiedd, the Lord Chief Justice, and Mr Justice Ouseley dismiss the application. They 'cannot justify courts of England and Wales departing from the clear principle that it is for parliament to make such conduct criminal under domestic law'.

‘Parliament deliberately chose not to do so. The courts cannot usurp that function. It is for parliament and parliament alone to make the decision,’ the judgment states. ’Having formed the view that there is no prospect of the Supreme Court overturning the decision in Jones, it is our duty to refuse permission to bring the proceedings for judicial review,’ the judgment adds.

In 2003, the UK joined the US to overthrow Saddam Hussein. Last year, an inquiry led by Sir John Chilcot ruled the invasion had not been a ’last resort’ as presented to MPs and the public. The report, which prompted the current legal challenge, ruled that Blair had overstated the threat posed by Saddam.