The government will ask lawyers how letters to people navigating a 'complex' immigration system can be improved, as MPs take a closer look at proposals to reform immigration detention. 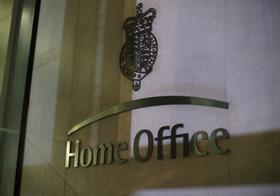 Responding to the parliamentary joint committee on human rights Windrush generation detention report, the Home Office says the government should have recognised more quickly, and reacted to, the unintended consequences of evolving immigration policy on those entitled to live in the UK given the 'significant, life-changing' impacts on those whom the system fails.

The Home Office says it will ensure vulnerable people, and those who may be confused or marginalised by the immigration system, can be identified and supported.

It insists that the 'vast majority' of people who come into contact with the immigration system do so without any problems: 'Nevertheless, the government acknowledges that the immigration system is complex, and that some individuals may find it difficult to navigate, including those seeking to regularise their status on the basis of their length of residence and ties to the UK. That has been the experience of many members of the Windrush generation.'

The Home Office says it will contact applicants who have not submitted all the necessary evidence to tell them what documents are missing and give them an opportunity to provide them before the application is determined.

However, it will consider what improvements can be made to correspondence to make it easier for applicants to understand: 'We will engage with key partners such as the judiciary, legal practitioners, grassroots organisations who support migrants and interested organisations such as Justice and the Law Commission to gain more insight into user experience of correspondence and to scope and agree principles on the content of letters in future'.

The Home Office says it will increase the size and scope of the 'detention gatekeeper function', which provides a 'second pair of eyes' for all decisions. An additional bail referral will be piloted where an individual has been detained for two months.

The Home Office's response was published by the committee, which announced today (Thursday) that it will cross-examine the government's detention reforms.

Harriet Harman, committee chair, said: 'Our committee will closely examine the government’s outlined proposed reforms to the immigration detention system during our upcoming inquiry. For example, we’ll look at the piloting of an automatic bail referral system after two months and the idea of increasing the size and scope of the system for checking detention decisions, and whether these, amongst the other proposals, go far enough to address the current problems in the system.'

Public sessions will begin this month. The committee has also called for evidence on the capacity of the immigration system to deal with EU nationals.

The Law Society has already warned that the government's proposed fast-track appeals timetable for immigration and asylum detainees is not enough time for solicitors to do everything necessary to effectively represent their clients.