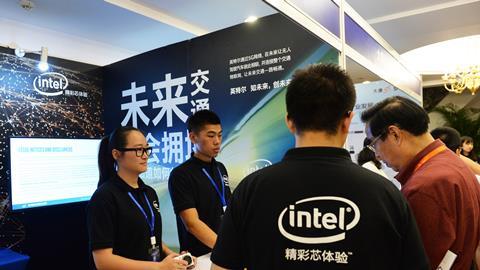 Intel given boost in appeal against €1.06bn competition fine

Europe’s highest court has backed microchip giant Intel in its long running fight over a €1.06 billion fine for alleged anticompetitive behaviour in a decision that could have implications for other antitrust actions.

In a decision handed down today, the Court of Justice of the European Union said Intel Corporation Inc. v Commission should be re-heard and take into account Intel’s argument that rebates it offered to computer-maker customers were not anti-competitive.

In 2009, the European Commission fined Intel €1.06 billion (£969m) for granting rebates to Dell, Lenovo, HP and NEC on the condition that they bought their x86 central processing units from it and not from rival Advanced Micro Devices (AMD). The General Court backed the ruling in 2014.

Today’s decision follows an appeal by Intel. Outlining its reasons, the CJEU said the General Court’s 2014 ruling did not deal with all the circumstances of the case and, in particular, an ’as-efficient competitor’ (AEC) test. This would have assessed whether Intel’s activity made it impossible for an efficient rival to compete. The judgment adds that the General Court should have examined all of Intel’s arguments concerning that test, including any errors allegedly committed by the commission in applying it.

Stephen Smith, partner in the competition team at Bristows and chair of the Law Society’s competition section, said although Intel would be pleased with the judgment the General Court could easily re-assess the case and come to the exact same conclusion. ‘The commission considered the AEC test to be important but the General Court was more dismissive of it and thought it didn’t have to use it. It will have to revisit it but that’s not an indication that the decision will change,’ he said.

James Webber, partner at Shearman & Sterling, said: ’Regardless of the merits of the CJEU judgment, it’s notable that our legal infrastructure has still not delivered definitive judgment on a case that is already 17 years old. Definitive judgment is still years away, he said. ’When the complaint that triggered this case was first made, Google was only two years old and Facebook wouldn’t exist for another four years. Without criticising any actor in this case, it is hard to see how such timescales are serving anyone’s interests well.’

Assimakis Komninos, partner at global law firm White & Case, added that the decision is good news for consumers, because dominant companies may now have more flexibility in offering rebates to high-volume buyers which will ultimately lead to cheaper products.