Hollywood star Johnny Depp’s libel claim against the Sun newspaper was dismissed by the High Court today which found allegations that he assaulted his former wife to be ‘substantially true’. The hearing, conducted at the end of the first Covid lockdown, attracted worldwide interest. It required five courtrooms at the Royal Courts of Justice to accommodate witnesses, legal teams and media.

Depp sued over an online article originally headlined ‘GONE POTTY How Can J K Rowling be “genuinely happy” casting wife beater Johnny Depp in the new Fantastic Beasts film?’, claiming that the term 'wife beater' was untrue and would cause him serious harm. The defendants based their case on the defence of 'truth' defined in the Defamation Act 2013. Appearing for the defendants, Depp’s former wife, Amber Heard, gave evidence about 14 incidents in which she said she was assaulted by Depp. 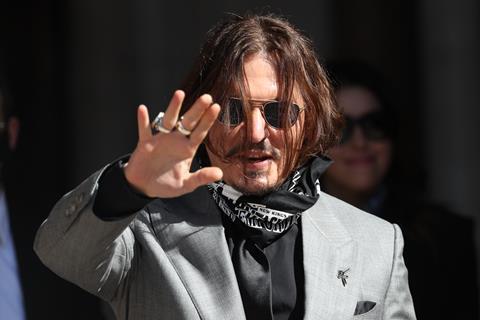 Ruling in Depp II v News Group Newspapers Ltd, Mr Justice Nicol noted that the burden of proof rests on the defendant. After considering the evidence he found that the 'great majority of alleged assaults' of Heard had been proved to the civil standard. As a result, the defendants had shown that the meaning borne by the words in the disputed article was substantially true. The claim was dismissed.

The judge paid tribute to courts staff for accommodating the trial in a way that allowed participants in the three-week hearing to keep two metres apart. This required an additional courtroom for parties and lawyers and three further rooms for press and public, all linked by video.

Media firm Schllings, which acted for Depp, described the verdict as 'perverse'.