Boris Johnson has responded to pressure from women's groups and confirmed that he will reintroduce legislation to protect the estimated two million people who suffer domestic abuse a year.

The Domestic Abuse Bill, which had its first reading in the Commons in July, fell in the early hours of Tuesday morning after the five-week suspension of parliament began.

Women's groups and charities, including the Centre for Women's Justice, wrote to the prime minister last week seeking assurances that the legislation would remain a government priority.

Johnson announced yesterday: 'Domestic abuse shatters lives and tears families apart. We are fully committed to tackling this horrific crime - which is why the Queen's Speech will confirm we will be reintroducing domestic abuse legislation in the next session.' 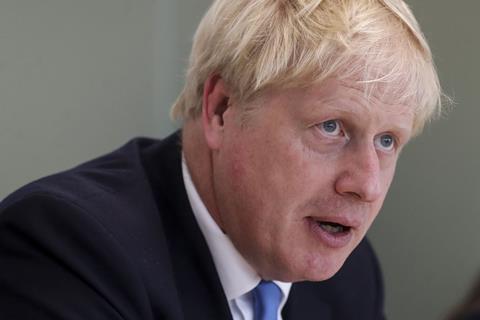 Labour MP Jess Phillips, who has long fought to improve the family court system for victims, was sceptical about the timing of Johnson's announcement.

She said: 'Call me a cynic but Johnson coming out today saying they will have some sort of domestic abuse legislation couldn't possibly have anything to do with those of us seeking to intervene in the court case against prorogation because of the damage it does to the Domestic Abuse Bill.'

Mandu Reid, leader of the UK Women's Equality Party, said: 'No round of applause from me or [the party]. The existing Domestic Abuse Bill from the last session will have to be restarted from scratch because you chose not to carry it over. Meanwhile, two women a week in the UK are killed by men, mostly by their partner or ex-partner.'

Law Society president Simon Davis pointed out that changes in the bill prohibiting cross-examination by alleged abusers were originally proposed in draft legislation in 2017.

'For the new legislation to be effective in its protection of victims, the government must put the necessary funding into legal aid, support services, education and wider government policy, giving domestic abuse victims the access to the support they so deserve,' he said.