A whistleblowing district judge who went public with her concerns about the justice system is taking her fight to be classed as a worker to the Supreme Court tomorrow.

District judge Claire Gilham is appealing against a 2017 Court of Appeal decision that judges are not workers and are therefore not afforded the same legal protections as whistleblowers. Tomorrow she will argue in the UK's highest court that: district judges work under a contract; if district judges are not workers, then they are Crown employees; and the failure to extend whistleblowing protection to judges breaches their human rights to freedom of expression. 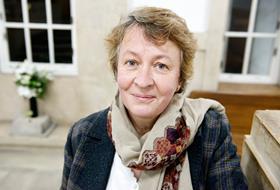 Gilham's solicitor, Emilie Cole of national firm Irwin Mitchell, said: 'Everyone should have the right to blow the whistle, safe in the knowledge that they will be protected from harm for doing so. The background of this legal protection comes from a long line of high-profile disasters which caused avoidable, horrific deaths for many innocent people. Anything that stands in the way of an individual expressing concerns about health and safety and breaches of the law can’t be in the public interest or benefit wider society.'

The EU commission has published a proposal for a directive on giving whisteblowing protection to workers.

Cole said: 'When this law is enacted, the meaning of "worker", will need to be extended to the EU compliant definition of "Worker", which as confirmed in the case of Ministry of Justice v O’Brien, included part-time recorders. For these reasons, the domestic legislation should be interpreted in a way which furthers, rather than limits, protection for whistleblowers.'

Gilham crowdfunded £5,590 to help pay for her Supreme Court fees and costs.

Meanwhile Protect, a whistleblowing charity, announced today that it has been given permission to intervene in the case. Protect is being represented by human rights firm Leigh Day.

Bob Matheson, Protect's head of advocacy and advice, said: 'Protect intervenes in cases where there is a wider public policy issue at stake. Here the issue is who should have protection - and our view is that the law is too narrowly drawn if judges are excluded from protection when they identify concerns. We want the government to conduct a wider review of UK whistleblowing legislation, but until then, the courts can shape the law.'

The Ministry of Justice said it was unable to comment until the case has concluded.