The High Court has refused a personal injury firm relief from sanctions after an excoriating analysis of its non-compliance with court orders. 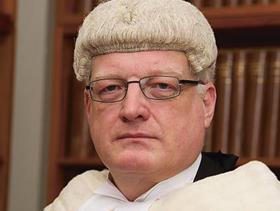 In Gladwin v Bogescu Mr Justice Turner said Liverpool firm Armstrongs Solicitors, representing a road traffic accident victim in a low-value claim, had proceeded with a combination of ‘complacency and procrastination’ and as if compliance with civil procedure rules was of ‘scant importance’.

He ruled the claim could not continue after listing details of missed deadlines and failure to explain non-compliance with court orders.

Following the start of proceedings in April 2016, where liability was admitted, parties were ordered by Liverpool County Court to serve all witness statements by 3 November. On that day, the claimant's solicitors asked the defendant's solicitors, national firm Weightmans, for a two-week extension - an 'indulgence', said Turner, that was granted.

The issue of quantum was disputed after the defendant spotted on Facebook that the claimant had won silver medal in a judo competition at a time when he was purportedly suffering from his injuries.

The extended date for compliance came and went, with the judge noting that the solicitor given the file (a 'poisoned chalice', said Turner) was not made aware of the deadline.

It was not until 15 December that the claimant solicitors acknowledged they were in breach of the order for service of witness statements, and even then a statement was not obtained until 5 January.

Less than a week before trial, the claimant's solicitors applied for relief from sanctions and permission for the claimant to give oral evidence, leaving the trial date solely for arguments over the consequences of the procedural default.

Following that hearing, His Honour Judge Gregory in the county court said the claimant might still be able to rely on the witness statement without it being subject to cross-examination, with the court deciding it was 'doing the defendant a favour by finding for the claimant whose victory was predicted to be likely to turn out to be distinctly Pyrrhic'.

But Turner said the judge was wrong to think his powers were limited and he failed to have proper regard to his powers to strike out the claim altogether in response to the claimant's breaches.

Turner said the original ruling had 'too readily followed the path of adjournment' in favour of weak arguments. He compared the ruling to the 'judicial equivalent of the advantage rule in rugby union' where the judge had allowed play to continue without formally penalising the offender.

'In the context of a relatively modest claim, the additional expenses generated by an adjournment would have been significant,' said Turner. 'The claim would not have been expeditiously disposed of and the court's resources would have been wasted.'

A spokesperson for Armstrongs said the case was a 'regrettable incident' and the matter was being addressed internally with the staff member involved.