The High Court has directed that a fundamental dishonesty defence against a teenage RTA claimant should be determined after all.

Insurer Alpha asked the court to reopen the issue of dishonesty after the discontinuance of the claim the day before trial in February. The defendant alleged that the second claimant, who was 13 at the time of the crash, was not actually a passenger in the car and his claim was fraudulent. The driver’s claim was thus ‘tainted’. 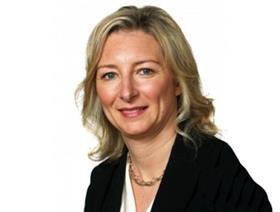 His Honour Judge Gregory refused to direct that issues arising out of the dishonesty claim be determined, but Alpha’s appeal against that ruling was allowed by Mrs Justice Yip following a one-day hearing last month.

In Alpha Insurance A/S v Roche & Anor, Yip noted that where the matter was so close to trial ‘some explanation’ could reasonably be expected. New rules, it was added, concerning allegations of fundamental dishonesty had recognised a public interest in identifying false claims and in claimants meeting costs of litigation. ‘The provision has been introduced expressly to allow issues of fundamental dishonesty to be determined after discontinuance,’ she added.

Gregory had found nothing in the litigation with any ‘exceptional quality’ which caused him to give further directions and set aside further court time.

But Alpha argued that he failed to give weight to the public interest in maintaining the integrity of the legal system and exposing dishonest claimants.

Mrs Justice Yip said the judge had applied the wrong test and she should exercise her discretion afresh. The correct approach, she said, was to regard directions under civil procedure rules as ‘unfettered’, requiring the weighing of all relevant considerations in accordance with the overriding objective.

She acknowledged the suggestion that the threshold of ‘exceptional’ circumstances appeared to have been introduced by counsel for the claimants and the judge ‘may therefore have been misled’.

She stressed that the defendant’s case may well not succeed, and that the late discontinuance may be explained before the court, but ruled that the issues relating to fundamental dishonesty must be determined.