The Senior Courts Costs Office of the High Court has thrown out a conditional fee agreement deemed to be unreasonable for the client. In Vilvarajah v West London Law Ltd, Master Gordon-Saker said the £420 hourly rate of the law firm which drew up the agreement was more akin to a top fee earner in the City doing complex, high value work and could not be justified.

Shopkeeper Nadarajah Vilvarajah had instructed Ealing firm West London Law Limited in a claim against him for fees of around £20,000 by another solicitors’ firm, Hodders Law.

After being billed £31,945 by West London Law in April last year, Vilvarajah asked the court for a detailed assessment of costs. Costs were assess at £15,323 by the costs judge following a one-day hearing last month.

The court heard Vilvarajah and the firm entered a CFA in January 2013 which provided for a discounted hourly rate of £150 for ‘all fee earners including solicitors, trainee solicitors and paralegals’, payable whether or not the claimant succeeded, and a ‘primary’ rate of £420 for all fee earners in the event he succeeded. Success was defined as reducing the costs claimed by Hodders Law. 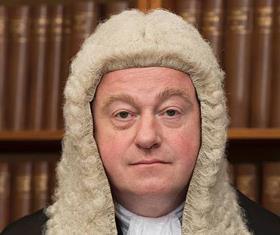 But the CFA was such that if the agreement was terminated then Vilvarajah would liable to pay the primary rate of £420 for all fee earners. It was this possibility that occurred.

The court heard that the agreement was made after a 30-minute meeting in which the firm insisted it had taken care to explain things thoroughly.

But lawyers for Vilvarajah said the meeting had been too short for him to understand fully what was happening, and there was no follow-up letter to him containing a copy of the CFA or any further explanation of the agreement.

Gordon-Saker said the shopkeeper was a client of ’average sophistication’ in relation to legal matters who did not fully understand or appreciate the agreement.

‘There is no correspondence between the defendant and the claimant about the conditional fee agreement,’ he said. ‘I cannot conclude that an explanation given in a 30-minute appointment, with no attempt at communication before or after, enabled the claimant fully to understand and appreciate the terms of the agreement and in particular the liabilities that he was assuming.’

He said the agreement was unfair and should be set aside. The agreement was unreasonable, he added, given the straightforward nature of the case and the likelihood that most work would be done by a grade B fee earner.