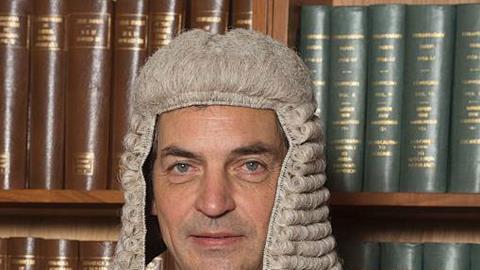 A High Court judge has invited rulemakers to look at whether solicitors acting for dishonest PI claimants could be held in contempt, saying the issue is ‘worthy of consideration’.

Mr Justice Warby found nine claimants guilty of contempt of court last month following a six-day trial. The claimants, many of who had family links, had been involved in three alleged motor accidents between September 2011 and November 2011, all close to each other in north London.

Insurance firm Liverpool Victoria Insurance Company (LV) argued that none of the crashes happened in the manner alleged and rather were concocted as part of a conspiracy to defraud.

In Liverpool Victoria Insurance Company Ltd -v- Mehmet Yavuz and ors, Warby agreed with that summary, saying there was no doubt the claimants had lied throughout the court process, and continued to lie once they were defendants facing contempt proceedings.

As a footnote to the case, Warby opened the discussion out to the representatives of dishonest claimants - although he stressed he made no findings in this case.

The judge said statements that these nine individuals did not believe to be true were made on their behalf through the claims notification forms filed for them through the online portal. Statements of truth on those documents were made by their solicitors.

Warby said some evidence was presented about these claim notification forms which led him to query whether contempt proceedings could be brought.

The current personal injury pre-action protocol (PAP) requires that a statement of truth be signed by the claimant or the claimant’s representative, but contains nothing about the consequences of false verification.

Warby said the court’s current expectation that parties will comply with the protocol was not necessarily equivalent to saying that parties must comply.

He added: ‘The general PAP states that parties who do not comply may be asked for an explanation, and warns of costs consequences, but not of the prospect of contempt proceedings.

‘This is a topic that may be worthy of consideration by those responsible for these PAPs, and perhaps the civil procedure rule committee,’ he added.

The judge had been in no doubt that the nine original claimants, who tried to recover thousands for personal injury and credit hire, were guilty of contempt. They had argued they had no incriminating claims history, were of good character, pursued their claims on legal advice and had support from mechanics’ and medical reports. Each filed affidavits denying the allegations of contempt.

He said the crashes as alleged never happened, the claimants were not injured, the drivers’ cars were not recovered or stored for any length of time, and they did not take any vehicles on credit hire.

‘Every statement made by them or on their behalf to the effect that these things did happen was a lie by them,’ he added. ‘Their claims were thoroughly false and dishonest from the start.’ There was no indication of what sentences they can expect to receive.