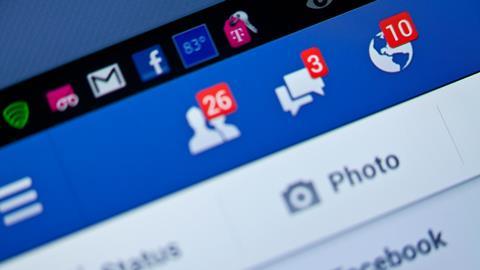 A family court judge has criticised the lack of service of an adoption application upon a birth mother and suggested Facebook as one solution for reaching out to parties.

The Honourable Mr Justice Holman said it was ‘deeply regrettable’ that a final adoption application hearing had proceeded without the mother even knowing it was happening.

The child, now four, was placed into the care of Manchester City Council in December 2015 after the living arrangements of his parents broke down.

The parents were both party to proceedings but appeared to play only a relatively limited part in them. The child was then placed for adoption in April 2016 and has lived with that family for 10 months. The birth father sought leave to oppose the making of an adoption order, which was granted in December 2016 and a date set for last month for a final hearing into the adoption application.

But during that final hearing, it emerged there was concern about the whereabouts of the birth mother and the service of proceedings upon her. She had left the UK in early 2016 and since December Holman said no further attention seemed to have been given by any party to the notice of proceedings.

The judge said it was ‘very depressing’ that despite statutory and rule changes, the difficulty of service upon birth parents remained as they were when he began in practice 45 years ago.

‘Quite frankly, the fundamental importance of service of an application for an adoption order upon a natural parent has been understood by all those practising in this field throughout my own professional lifetime,’ he said. ‘Frankly, there has been almost total disregard of all the rules in the present case.’

During the hearing, it was discovered the birth father’s new partner had held a telephone conversation with the birth mother after she had been tracked down through a Facebook search.

She did not have the ‘slightest idea’ of the current existence of the adoption proceedings and mistakenly thought her son had been adopted long ago.

The local authority and the child’s guardian were sceptical that the mother could have been found through a Facebook search, but the judge said that if it was true they could have easily established a line of communication.

Aaron Thomas, who appeared on behalf of the guardian, indicated that CAFCASS guardians were forbidden from making any attempt to communicate with people through Facebook. It was later conceded there was no such rule.

Holman said he wanted the judgment to highlight that social media may be a useful tool for tracing parents who are being served with notice of adoption.

‘It does seem to be a useful tool in the armoury which can certainly be resorted to long before a conclusion is reached that it is impossible to locate the whereabouts of a birth parent,’ he said. ‘Of course, not everyone is on Facebook, but in this particular case, a relatively socially disadvantaged young mother has been found very rapidly by that means.’