Justice minister Lord Keen of Elie (Richard Keen QC) has rebuffed attempts to include greater input of judges into the setting of whiplash damages.

This week, the government set out in a statutory instrument the expected levels for compensating soft tissue injuries after the passing of the Civil Liability Bill.

During committee stage in the House of Lords on Thursday, peers laid amendments attempting to have the fixed tariffs set in line with Judicial College Guidelines, or to restore a greater degree of discretion to the court to uplift the amount of damages payable.

These changes, it was generally agreed, would increase payments above those proposed by the government. 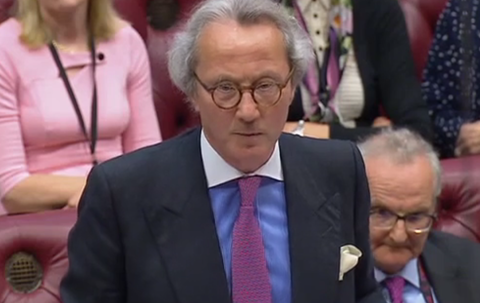 In responding to the amendments – and ultimately having them withdrawn for now – Keen said the government had received ‘expert input’ about how to deal with the claims culture that had built up, and the tariffs were designed to address a specific problem.

‘We have to take a policy view as to how we can disincentivise not just fraudulent claims but what I would call unmeritorious claims – very minor and exaggerated claims,’ he said.

‘Our view is that it is right to set the tariff through regulations, which will help to control those costs and ensure greater certainty to both claimants and defendants when they come to deal with these claims.’

Keen added: ‘This is essentially a matter of policy to deal with a very particular problem. It is a political decision; it is not one that we consider is for the judges; it is one that is ultimately for the lord chancellor to deal with in his capacity as a minister.’

The minister said a tariff system was already implemented in European jurisdictions such as Italy, Spain and France.

He maintained that in both houses of parliament, politicians would have the opportunity to debate the details of any regulations put forward.

Liberal Democrat Lord Sharkey (John Sharkey), who laid some of the amendments being debated, said members were ‘still worried and puzzled’ about the way in which the figures were devised, and there was nothing to suggest they were not arbitrary.

Met with Keen’s explanation they were a response to a policy requirement, Sharkey said it sounded ‘a bit like the back of a political envelope’.

The next committee stage for the bill will be on Tuesday.