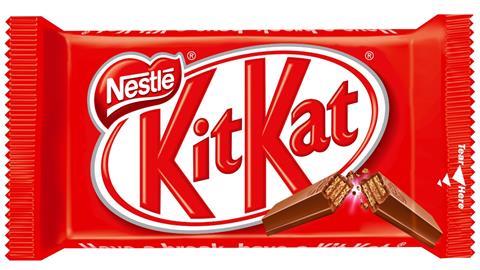 The European Union’s intellectual property office (IPO) will be forced to revisit a 16-year-old decision to grant trade mark protection to the shape of Kit Kat bars following an order from the Court of Justice of the EU (CJEU).

In a judgment handed down today the CJEU said the chocolate bar’s shape did not have acquired distinctiveness and so could not warrant trade mark protection. The court said that a 2016 judgment by the EU’s General Court – in which it was determined that the shape of the chocolate bar did not have acquired distinctiveness in enough jurisdictions - should be upheld.

It is the culmination of a 16-year dispute between Nestlé and rival Mondelēz – the owner of brands including Cadbury. However, the IPO could yet decide to uphold its initial determination that the trade mark is valid.

In the 2016 decision, the court found that the IPO made a mistake when it granted Nestlé’s application for an EU wide trade mark in 2002. The court said Nestlé should have provided evidence of distinctive character in every EU member state instead of just 10 countries in which it carried out market surveys.

Both parties appealed the ruling. Nestlé said proving distinctiveness in every jurisdiction was a hurdle too far while Mondelēz argued that it was wrong to conclude that Kit Kat had 'distinctive character’ anywhere.

In today’s judgment, the CJEU rules: ‘The General Court was right to annul IPO’s decision, in which the IPO concluded that distinctive character had been acquired through use of the mark at issue without adjudicating on whether that mark had acquired such distinctive character in Belgium, Ireland, Greece and Portugal.’ The CJEU’s decision is in line with the opinion of advocate general Melchior Wathelet, who said in April that the General Court’s ruling should be upheld.

Graeme Fearon, partner in the IP department at national firm Thrings, said the CJEU found that an inherently indistinctive trade mark can only be protected as an EU trade mark if it can be shown to have acquired distinctiveness in all parts of the EU where distinctiveness was previously lacking.

‘For most marks, this will mean the whole of the EU, and it won't be sufficient to cherry-pick a few, most, or even the most significant EU territories,' Fearon said. He added that in some cases distinctiveness may already be established in parts of the EU and a brand owner may therefore only need to 'fill in the gaps'.

Lucy Harrold, solicitor at business firm Keystone Law, said: 'This affirms a very high hurdle for EU-wide protection of brands (arguably higher than previously thought) and has implications for other EU-wide marks which may not be able to prove they have acquired distinctive character right across the EU.’

Fearon added that as the decision doesn’t affect national trade mark registrations in individual member states, the dispute could continue at national level for many years to come.

Michael Hawkins, partner at the law firm Noerr and a member of the Law Society’s IP committee, said: ‘In an EU of 28 member states (soon to be 27), it is extremely difficult for even the biggest businesses to be able to obtain protection for inherently non-distinctive marks such as shapes, colours and other non-traditional trade marks. Whilst the CJEU has ruled that evidence need not be provided on a country-by-country basis, in practice that is what will be required in most cases.

He added that the ruling may also make other (already registered) EU trade marks vulnerable to cancellation where acquired distinctiveness is not demonstrated, directly or indirectly, even for a single member state.

A Mondelēz spokesperson said: 'As previously noted, our contention is that the shape of the Kit Kat bar should not be protected as a trade mark throughout the EU. We are pleased that the decision of the CJEU supports our position.’

A Nestlé spokesperson said: 'Today’s judgment is not the end of the case and concludes that the distinctiveness of a trade mark (in this case, the shape of our four finger KitKat) does not need to be established in each and every EU country but rather across the EU as a whole using a variety of evidence. We think the evidence proves that the familiar shape of our iconic four finger KitKat is distinctive enough to be registered as an EU trade mark.'