An adviser to the EU’s top court has suggested that a ruling which called into doubt Nestlé’s trade mark protection for the ‘four fingered’ Kit Kat should be upheld, an opinion which raises interesting questions about the nature of the single market.

The opinion, by advocate general (AG) Melchior Wathelet, is the latest development in the 16-year dispute between the Swiss confectionery giant and rival Mondelēz – the owner of Cadbury.

It follows a decision handed down by the EU General Court in December 2016. In that ruling the court annulled a decision by the EU Intellectual Property Office (IPO) to grant Nestlé a trademark for the four-fingered version of the bar. 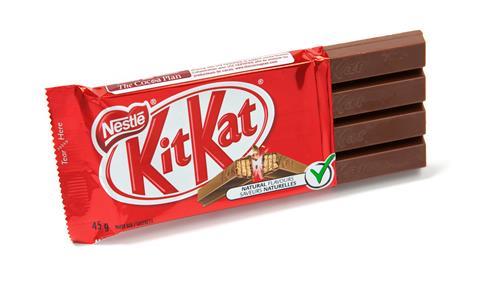 Both Nestlé and Mondelēz appealed against that ruling to the Court of Justice of the EU (CJEU). Wathelet is one of several senior legal advisers to the CJEU who usually give an opinion before the main court. Their decisions are not binding on the court but they are generally an indicator of which way the court will rule.

According to Wathelet, who said that both appeals should be dismissed, Nestlé ‘did not adduce sufficient evidence to show that its trade mark had acquired distinctive character'.

According to the 2016 decision, the IPO erred when it granted Nestlé’s trade mark application in 2002. The court said Nestlé should have provided evidence of distinctive character in every EU member state instead of the 10 countries in which it carried out market surveys. The IPO ‘could not validly conclude its examination without coming to a conclusion regarding the perception of the mark by the relevant public in the remaining states,’ the court said.

On appeal, Nestlé argued that the court was wrong to hold that the owner of a mark must show that that it has acquired distinctive character in each member state separately. It argued that this is incompatible with both the unitary nature of a EU trade mark and the ‘very existence of the single market’.

Mondelēz complained that the general court’s finding was wrong and that the court should not have found that the mark had acquired distinctiveness in the relevent jurisdictions.

On Nestlé’s appeal, Wathelet said account must be taken of the geographical size and the distribution of the regions in which acquired distinctive character has been established. He noted that although Nestlé provided research for the majority of member states (apart from Luxembourg), it is clear from the previous judgment that information from certain countries was not sufficient to establish that the relevant public identified Nestlé as the commercial origin of the product.

He added: ‘It follows that the EUIPO will have to take another decision in which it verifies that, at the date of filing the application for registration, the mark in question had acquired distinctive character.’

The AG added that Mondelēz’s appeal was ‘manifestly inadmissible’ and should be dismissed. He said that although an appeal can be brought by any unsuccessful party Mondelēz’s aim was achieved by the court annulling the IPO’s decision. ‘Since that declaration of invalidity was essentially the aim of Mondelēz’s application to IPO … Mondelēz cannot be considered to have been unsuccessful,’ he added.