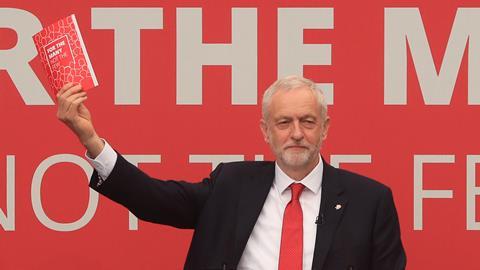 Days after a draft version of its election manifesto was leaked, the Labour party appears to have made small but significant tweaks to its pledges on justice.

The party's official manifesto, published today, states that Labour 'will consider the reinstatement of other legal aid entitlements after receiving the final recommendations of the Access to Justice Commission led by Lord Bach'. The draft version merely stated the party would 'consider the recommendations'.

The manifesto says: 'The shameful consequences of withdrawal have included a requirement for victims of domestic abuse to pay doctors for certification of their injuries. Labour's plans will remove that requirement. At the same time, we will legislate to prohibit the cross-examination of victims of domestic violence by their abuser in certain circumstances.'

Today's paper states that the party will review the legal aid means tests, including the capital test for those on income-related benefits - another promise not in the draft. The party remains committed to restoring legal aid for the preparation of judicial review.

A Labour government would retain the Human Rights Act and hold public inquiries into 'historic injustices'.

The manifesto says: 'We will open inquiries into Orgreave and blacklisting. We will release all papers relating to the Shrewsbury 24 trials and the 37 Cammell Laird shipyard workers.'

Labour remains committed to introducing a no-fault divorce system. It will consult on establishing an environmental tribunal with simplified procedures.

Courts will not be prohibited from raising money to provide services, but Labour will 'introduce a ratio to establish the maximum difference between actual costs and charges levied'. Employment fees would be scrapped.

The party's chapter on justice concludes with what appears to be a new pledge to 'continue to extend the use of technology in our court service where it enhances access to justice, timely dispute resolution and efficient administration'.