The government's long-awaited review of controversial legal aid cuts has been greeted with a mixed response, veering from cautious optimism to funding criticisms and market sustainability fears.

However, Christina Blacklaws, Society president, said, 'welcome as this further work is, the government must give urgent attention to amending the means test thresholds because the current levels are preventing families in poverty from accessing justice'. Solicitors' remuneration rates for civil and criminal work must also be reviewed 'to address the medium term viability of the system', beginning with an uprate in line with inflation ahead of further sustainability work.

Conservative MP Bob Neill, chair of the House of Commons justice select committee, said the review contains positive proposals 'but, in several key areas, proposals for further reviews and pilot evaluations risk being seen as "kicking the can down the road"'.

Neill said: 'As I pointed out in parliament today, these must be swift and focused as the pressures across the whole justice system - and the risk elements of LASPO continue to pose to access to justice - are real and immediate.'

The committee will 'urgently' want to know what the ministry means by 'legal support' which, said Neill, 'suggests a hand-holding approach rather than providing actual legal advice'.

Family law group Resolution 'cautiously welcomed' parts of the review but said the government must go further to committing funds to address some of the major problems caused by the cuts. 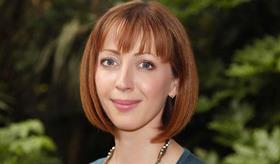 Jo Edwards, chair of Resolution's family law group, welcomed the ministry's commitment to expand legal aid to cover special guardianship orders in private family law, and review the means test. 'However, the simple fact is that, without access to tailored legal advice, many vulnerable individuals will be left to deal with the family courts with little or no help. The £8m of funding – across all areas of the law – represents little more than 2% of the £350m of annual cuts to the legal aid budget,' she said.

Resolution fears today's measures 'amount to no more than a sticking plaster'.

The Law Centres Network credited the ministry for acknowledging some key problems created by LASPO. However, the network thought it was 'unfortunate' that the department 'only now decides that it needs further research into key elements of legal aid after six years'.

Nimrod Ben-Cnaan, the network's head of policy and profile, said: 'Government has cut nearly a third of the legal aid budget, some £751m. The help lost - tens of thousands of cases - could have mitigated against massive welfare reforms, or helped uphold workers’ rights, or prevented the Windrush scandal. In this context, committing a one-off £8m - just 1% of what was lost - to non-legal support, tech development or innovation does precious little to bridge the immediate, yawning justice gap.'

The Legal Aid Practitioners Group welcomed many of the 'positive' recommendations but disagreed with the ministry's conclusion that the network of advice providers is sustainable.

The group said: 'That is contrary to all the evidence we provided, which shows providers are struggling to keep afloat, following years of static or reduced fees, and increased bureaucracy. Law centres and advice centres have closed down and high street legal aid practitioners have pulled out of legal aid. Much more needs to be done now to make sure that we have a justice system for the future.'

The Young Legal Aid Lawyers group, was pleased to see the ministry commit to removing the mandatory element of its telephone gateway for debt, discrimination and special educational needs and reinstating face-to-face advice. It also welcomed the means test review and pilot to assess the impact of early legal advice.

However, shadow justice secretary Richard Burgon said today's review was a 'missed opportunity' to restore early legal support for people who 'desperately need it when faced with a rogue landlord, a difficult family breakup, or the government's "hostile environment" on benefits or migration'.

The Bar Council was not impressed with today's review. Richard Atkins QC, chair, said: 'Whilst we welcome the MoJ commitment to early intervention to reduce the distress and cost to all of court proceedings and the willingness to include the Bar Council and others in the proposed continuing review we consider that this is a wasted opportunity. The 500-page report offers little of substance to ease the impact of LASPO on vulnerable individuals seeking justice.

'Although up to £5m investment has been promised to improve technology for accessing legal advice and £3m over two years to help litigants in person navigate the court system, such monies are but a drop in the ocean given the impact LASPO has had on restricting individuals’ access to justice. We fully understand that the MoJ is constrained by budgetary limits, but this review provides clear evidence that the Treasury must find a way to properly fund the justice system and reverse a decade of cuts.'

The Chartered Institute of Legal Executives said the review is a 'placeholder' ahead of the Treasury's spending review, 'containing only vague promises of reviews and identifying the need for the gathering of further evidence'. Simon Garrod, CILEx policy director, said: 'Meagre sums to look at improving signposting to advice will be ineffectual unless the advice people need is actually in place – that means legal professionals, funded, to help people at some of the most difficult times in their lives.'

Mind, a mental health charity, submitted evidence to the government that people with mental health problems are more likely to be affected by the legal aid reforms. However, Vicki Nash, head of policy and campaigns, said the charity was disappointed that 'the review seemingly dismisses much of the sector’s evidence of the impact on vulnerable people as anecdotal. After all, it is the real experiences of people that should be taken into account, for example, people who are severely unwell facing the prospect of representing themselves in court without a lawyer or advocate'.

David Isaac, chair of the Equality and Human Rights Commission, said bringing back face-to-face advice will 'significantly help' those who have faced discrimination seek justice, and be particularly beneficial for many disabled people and those with limited English language skills.