Leasehold, trust law, smart contracts and chancel repair liability are among the 14 projects that the Law Commission will look at over the next three years.

Announcing its 13th programme of law reform today, the commission said its consultation on what areas of law it should explore attracted more than 1,300 submissions, a record response since the commission was set up in 1965.

Commissioners will spend more than two years looking at residential leasehold. The commission said several respondents 'criticised inconsistency, complexity and (many say) unfairness' in the legislation governing enfranchisement, service charges, lease administration fees, rights of first refusal, the right to manage and the appointment of a manager.

Smart contracts are self-executing contracts written in computer code. Blockchain encryption is among emerging technologies being touted as a way to create such contracts, the commission says.

'To ensure that English courts and law remain a competitive choice for business, there is a compelling case for reviewing the current English legal and regulatory framework to ensure that it facilitates the use of smart contracts. For example, historical data recorded in blockchain code cannot be erased or rewritten. Although this is usually presented as an advantageous feature of blockchain, it also means that a third part arbiter (such as a court) cannot correct any perceived mistakes, or unfairness in the contract in the same way,' the commission says.

Liability for chancel repair is the liability of certain landowners to pay for repairs to a local church. Under the Land Registration Act 2002, such liability should not bind purchasers of land after 2013 unless protected on the register. However, since the act was brought into force, questions have been raised about the liability's legal status. 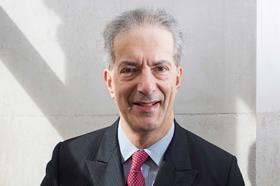 The commission says its project will aim to 'close the loophole'. It adds: 'Doing so would eliminate the current standard of practice of purchasers searching and/or insuring against the risk of liability, which costs an estimated £20m each year.'

Subjects are chosen based on the extent to which the law is unsatisfactory. The commission can only take on projects where the government seriously intends to reform the law.

Law Commission chair Sir David Bean, a Court of Appeal judge, said: 'We want to help tackle injustices by making the law simpler, clearer and fit for the future. We will also be making sure the law supports cutting-edge technical innovation such as automated vehicles and smart contracts. Although we are operating in uncertain times, I am confident that our independence and ability to build consensus will help ensure that parliament can take forward law reform in these areas.'