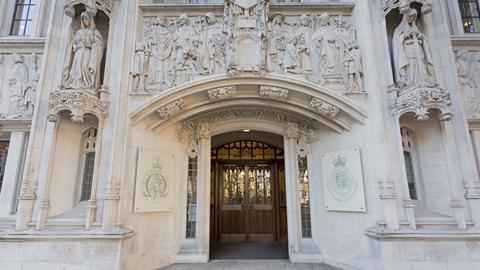 Nearly three months after allowing an appeal mid-hearing, the Supreme Court today handed down its reasons for granting a challenge to the government’s plans to introduce a residence test for civil legal aid.

Legal charity Public Law Project (PLP) was granted permission to take its fight to the UK’s highest court after the Court of Appeal ruled last year that the government’s plans were lawful.

The Law Society intervened in the case.

PLP argued that the proposed test would be outside the scope of the power granted to the lord chancellor in the Legal Aid, Sentencing and Punishment of Offenders Act 2012 to bring forward delegated legislation, and would be unjustifiably discriminatory in its effect.

To satisfy the residence test, almost all claimants would need to be lawfully resident in the UK, the Channel Islands, Isle of Man or a British overseas territory on the day of the application for civil legal aid.

In an unusually swift decision in April, the Supreme Court granted PLP’s appeal on the grounds that the proposed residence test in the LASPO (Amendment of Schedule 1) Order 2014 was ultra vires the enabling statute.

Handing down the full judgment this morning, Supreme Court president Lord Neuberger said the relevant part of the draft order did not seek to ‘vary or omit services’ but rather sought to ‘reduce the class of individuals who are entitled to receive those services by reference to a personal characteristic or circumstance unrelated to the services’.

Neuberger said the exclusion of individuals from the scope of most areas of civil legal aid on the ground they do not satisfy the residence requirements of the proposed order involved a ‘wholly different sort of criterion’ from those embodied in LASPO and articulated in the Ministry of Justice's 2011 paper, Reform of Legal Aid in England and Wales: The Government Response.

Neuberger said: ‘We had unanimously come to this view at the end of the argument on the ultra vires issue, and decided that, subject to the parties seeking to persuade us otherwise, it would be wiser not to deal with the discrimination issue.

‘The parties did not seek to dissuade us from this course, and therefore it would be inappropriate to say anything more about it.’

The Law Society welcomed ‘this strong defence of the principle that the right to British justice applies to everyone who is subject to the laws of this country’.

Society president Jonathan Smithers said: ‘[LASPO] was expressly designed by government to limit the availability of legal aid to the most serious cases, relating to life, health, liberty and home.

‘The Supreme Court has today confirmed that when passing LASPO parliament did not intend that the government should be permitted to decide that a particular class of people are not entitled to justice in respect of these vital matters.

‘Such a test - that in our view was clearly discriminatory - was not what parliament intended when it passed the act.’

An MoJ spokesperson said: ‘We will consider the full judgment.’