The first Welsh Supreme Court judge has called for the creation of a new institute of Welsh Law.

Sir David Lloyd Jones says the body is needed to help coordinate and consolidate the work of various academic and other institutions which are helping map an emergent body of Wales law. Pooling expertise would help avoid ‘reinventing the wheel’ every time new law develops, he said.

Citing areas where Wales is already going its own way - such as in planning, social services and residential tenancies - Sir David said he expects the process of divergence from English law to accelerate under the 2017 Wales Act. That legislation devolves more responsibilities from Westminster to Cardiff.

Speaking to the 2017 Legal Wales conference in Swansea this morning, the former Law Commission chair said the growing body of Wales law must be made readily available to the people of Wales. This is ‘essential’ to enable access to justice, and secure commercial certainty and economic prosperity, he added. 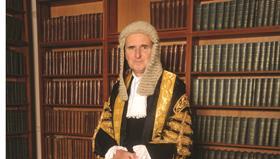 ‘This will not be an easy undertaking,’ he conceded, while noting the ‘very satisfactory’ response to a Law Commission report which recommended that the Welsh government implement a programme of consolidation and codification. Last December counsel general for Wales Mick Antoniw announced a major programme to codify and publish a distinct body of Welsh law.

’There is no shortage of initiatives or activities in relation to the study, teaching and propagation of the new Welsh law,’ Lloyd Jones said. ’It does seem to me that since so many different organisations and bodies are following very similar paths, what is needed now is a measure of coordination, in order to avoid duplication of effort, frustration, inefficiency and a waste of resources.’

There are precedents for such coordination, said Lloyd Jones. He cited the Justice Wales Network, set up to enable justice agencies to share good practice in relation to language training and bilingual service provision.

He added: ’Today I would like to propose a further initiative - the creation of an institute of Welsh law which could coordinate the efforts of so many different bodies in promoting the study and propagation of Welsh law. I realise different bodies have slightly different objectives -  the academic study of law obviously differs from the training of judges.

’But the initiatives these bodies are undertaking have far more in common with each other than divides them. It ought to be possible, for example, to share efforts in producing a manual for practitioners or judges in relation to residential tenancies, or the law relating to social care or planning law in Wales.

’It ought to be possible to disseminate a knowledge of Welsh law without reinventing the wheel on each occasion. Moreover, and this is vital, it should be possible to coordinate efforts without impinging on the independent functioning of these various bodies.’

Lloyd Jones suggested the Welsh government could help efforts to set up such a body. Professional bodies, law schools and the Judicial College would be ‘ideal collaborators’, he added.