Litigation funder to float next week

Manolete Partners, which focuses on taking over claims from liquidators of insolvent companies, has confirmed its intention to float on the London Stock Exchange following earlier speculation.

In a statement on Friday, Manolete said it would list on the junior AIM market on 14 December. 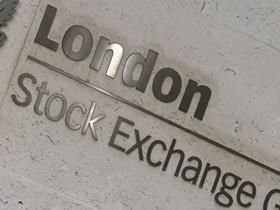 After Burford,  Manolete, backed by private equity investor Jon Moulton, is only the second company operating in the litigation funding sector to go public. Vannin Capital previously announced its intention to float but pulled the plug on its plans last month amid market uncertainty.

Four law firms have so far listed in their own right, the latest being City firm Rosenblatt.

Chief executive Steven Cooklin, said that when it started Manolete was a pioneer in the then ‘nascent market’ for financing insolvency litigation claims in the UK.

‘Since then we have built on this first mover advantage, becoming a major player in the insolvency litigation financing market,’ Cooklin said. He added: ‘There is now a real opportunity to rapidly build on our achievements and I’m confident that our IPO will act as the catalyst for accelerated growth. We are greatly looking forward to life as a listed business and delivering on our plans.’

Peel Hunt LLP is acting as the nominated adviser and sole broker.