Thomson Reuters suggests the increasing number of litigation funders - often funded by private equity or hedge funds - is a factor behind the continued rise in claims that might not otherwise have been pursued. Funders support the cost of litigation in exchange for a share in any damages received.

For instance, Thomson Reuters says, Harbour Litigation Funding has financed several claims against banks. Bentham, an Australian litigation funder, is funding a shareholder action against a supermarket over an accounting scandal. UK business Augusta has said it will be funding claims relating to payment cards.

Raichel Hopkinson, head of the Practical Law dispute resolution service at Thomson Reuters, said the number of cases being fought by banks was rising, rather than falling, nearly a decade after the financial crisis. 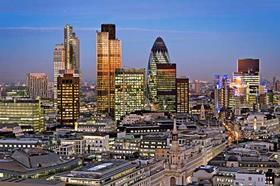 Hopkinson said: 'Evidently, the banking sector still has to fight many fires on a number of fronts as the legacy of misselling of derivatives and fallout from the Libor market manipulation continues.'

However, banks 'appear to be taking a robust view about their prospects of defending themselves in court, indicating a willingness to fight claims all the way to trial, rather than settle early', she added.

'Increasingly, it seems that banks involved in litigation are less concerned about the sort of adverse publicity that can be associated with the public disclosures and cross-examination that come with court hearings. Whether this is because the claims are perceived as unmeritorious or because banks no longer feel quite as sensitive to exposure, having been in the spotlight for so long, it is difficult to say.'

Meanwhile a Thomson Reuters survey of more than 200 in-house lawyers found responsiveness, an understanding of the business and deep specialist expertise to be more important than price when instructing external firms.

An innovative service delivering using technology was considered more important than the size and reach of a firm's international network, and corporate social responsibility. Document automation was highlighted by several respondents as being a key area where firms can add value.