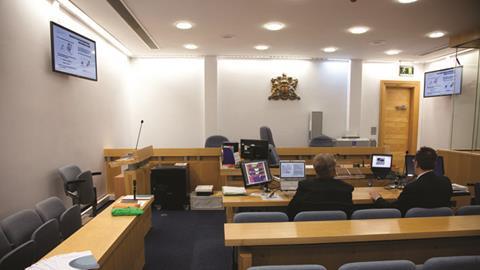 The judiciary has embarked on a recruitment drive to fill magistrates benches across London in the wake of a wave of retirements and resignations over court closures.

The London Magistrates' Advisory Service said today it is recruiting up to 350 magistrates. It wants to attract applicants of all ages and communities so that those on the bench reflect the capital's 'changing' community.

The 350 vacancies are due to magistrates reaching retirement age (70) rather than mass resignations over government policy, the advisory service told the Gazette.

London has three advisory committees which interview and recommend candidates for appointment and supervise magistrates' conduct in their areas: central and south; north and east; and west. However, the committees acknowledge that if the judicial system is to remain robust, those coming to court, as well as the wider public, must be confident the system is working fairly.

Central London magistrate Jacqui MacDonald-Davis, a qualified teacher, said the magistracy has been missing out on a 'large swathe' of potential applicants because of the 'many misconceptions out there'.

Magistrates must be of 'good character, be socially aware, have good judgement, maturity and a sound temperament - and be committed to the work', the committees say. They do not need to be from a particular social background or a lawyer. They must be aged between 18 and 65. They must spend at least 13 days a year in court, and have additional time for training and meetings.

MacDonald-Davis currently works for Health Education England Genomics Education Programme as an education and training project manager. She supports the magistracy as a mentor and appraiser. She is a member of the advisory committee and a representative for the central and north London branch of the Magistrates Association.

She said: 'It is vital that magistrates reflect the community they serve in order to maintain confidence in the justice system.'

Last year the government announced it would close 86 court and tribunal buildings, and retain five. A further 22 would also close, but 'suitable' alternative venues would be established.

Two more London courts, Camberwell Green and Hammersmith, were added to the list in February despite concerns that the move could lead to further gang-related violence in the capital.

Last year magistrates were reportedly resigning in 'considerable' numbers due to court closures and government cuts. Prior to the government's court closure decision, dozens of magistrates quit the profession in protest at what they saw as unfair and illogical criminal courts charges.

Malcolm Richardson, national chair of the Magistrates Association, said: 'Given the strain placed upon the magistracy in recent years and the importance of keeping the bench as fresh and diverse as possible, large-scale recruitment of this type is welcome.

'But it's vital that new justices are given proper support and training, and that the system isn't swamped by the influx.

'The magistracy is already the most diverse part of the judiciary, but more needs to be done to broaden the age range and also ensure people in employment are given the opportunity to serve their communities as magistrates.'