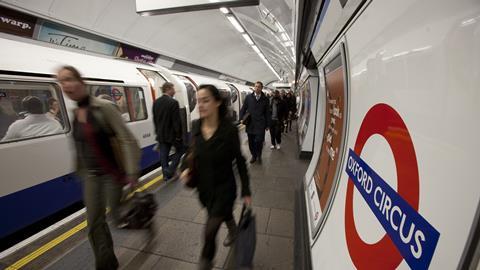 A 'revolutionary' digital sentencing system, in which magistrates armed with laptops have been tackling fare dodgers, will be extended to large public service organisations who prosecute cases.

The government today announced that more than 3,000 fare dodgers have been sentenced following a paperless operation at Lavender Hill Magistrates' Court in London.

The system was developed by HM Courts & Tribunals Service and Transport for London. TfL no longer has to manually process and physically deliver case papers to the court. Instead, prosecution evidence is electronically transferred directly to the court. The cases are then considered by a magistrate and legal adviser on a laptop. The government said this frees up court time to focus on more serious cases.

Plans to digitise less serious cases, such as fare dodging, were unveiled in the government's 2016 Transforming our Justice System paper.

Justice minister Dominic Raab said: 'Using smart technology to punish fare dodgers swiftly and effectively is just one example of how our courts' reform programme will strengthen the justice system. We are investing £1bn to digitise the justice system - making it more accessible for all citizens, more sensitive for witnesses, and delivering better value for money.' 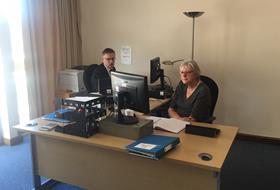 Since April, 4,200 cases have been processed. The government said the system has allowed TfL to obtain case results immediately and sped up enforcement.

HMCTS said further developments will include speeding up the process for those guilty pleas which can be fast tracked, and eventually for an online system to replace the paper-based system. The system will also be offered to 'other large public service organisations who prosecute thousands of cases a year where the potential benefits would then be magnified'.

Siwan Hayward, TfL head of transport policing, said: 'We use the courts to tackle the minority of people who purposefully avoid paying their fares, licensed drivers and private hire operators who break the law, and companies who obstruct the pavements. That's why we have worked with HMCTS to streamline what has historically been a labour intensive, paper-heavy process.

'The new system enables our investigations and prosecutions team more time to target illegal behaviour and bring those who break the law to justice.'