The Court of Appeal has thrown out a former magistrate’s discrimination claim after he was sacked for expressing his Christian beliefs about gay adoption.

Lord Justice Underhill, giving the lead judgment, said Richard Page was removed because he publicly declared he would deal with adoption cases involving same-sex couple on the basis of his own beliefs, and not on the basis of the law. His dismissal was not based on any complaints about earlier disciplinary proceedings and was ‘entirely lawful and involved no breach of his human rights’. 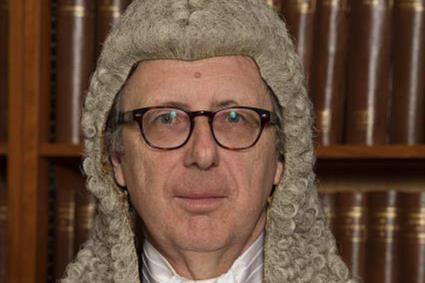 Agreeing with the judgment, Lord Justice Peter Jackson noted that Page had showed a ‘profound misunderstanding of the responsibilities of a judge as a public servant’. The fact that he continued to hold such beliefs about his treatment was ‘further confirmation that his dismissal from the magistracy was both lawful and inevitable’.

Page, a magistrate since 1999, had been formally reprimanded by the lord chief justice in 2014 after expressing views about the appropriateness of the adoption of a child by a same-sex couple. The following year he repeated his views in a BBC interview which led to fhis removal as a magistrate from 2016.

The court heard that Page had been interviewed by BBC Breakfast and introduced as a magistrate in Kent who worked in the family court. He told the programme that his responsibility as a magistrate was to what ‘what I considered best for the child and my feeling was therefore that it would be better if it was a man and a woman who were the adopted parents’.

Page argued on appeal that the employment tribunal wrongly identified the protected act on which he had relied in his initial claim. He pleaded that the analysis of his case should depend on the evidence of what exactly he told the media and not what was eventually broadcast.

In his analysis, Jackson LJ stressed that the differing backgrounds and beliefs of individuals in the magistracy was one of its strengths. ‘But once a private individual takes on a judicial role, he is subject to the same obligations as any other judge. In this case [Page] is not a victim. He was not dismissed for complaining about his treatment but because he had shown himself incapable of honouring his undertaking… to act as a magistrate in a way that was free from bias.’