The High Court has refused permission to a law firm looking to add claimants to the huge Mau Mau litigation almost three years after the cut-off date.

Cardiff firm Hugh James had attempted to add 32 applications to the group litigation order involving claims by Kenyan citizens against the British government for alleged mistreatment in the 1950s and 1960s.

The GLO was made in November 2013 and no claims were permitted without the court’s permission after May 2014. The court has already heard evidence from 24 surviving test claimants and final submissions are expected next spring.

The Hugh James claims were started by Liverpool firm GT Law but it went into administration in November 2015 and the files transferred to north west firm IC Law. There appears to have been a period of hostility between Hugh James and IC Law which culminated in a complaint by IC Law to the Solicitors Regulation Authority. After a six-month investigation the SRA decided not to take any action against the firm.

Hugh James then applied to have the claims added past the cut-off date, but Mr Justice Stewart, sitting in the High Court, said he could find no good reason for delays which happened after GT Law’s administration and refused relief from sanctions.

The applicants alleged the reason for their lack of promptness was due to personal circumstances ‘far divorced’ from conditions in the UK and a lack of information from GT Law and IC law.

But Stewart said even accounting for those problems, which were not proven in any case, the application remained ‘incredibly late’.

The defendants criticised Hugh James for a delay between their first involvement in November 2015 and the date of the application in December 2016.

Hugh James requested the transfer of ten files from IC Law in December 2015 and received eight of these by April 2016. It was known by this stage that two files would probably not be forthcoming, following a request to IC Law, and it was then that the complaint was made to the SRA for an unspecified reason. 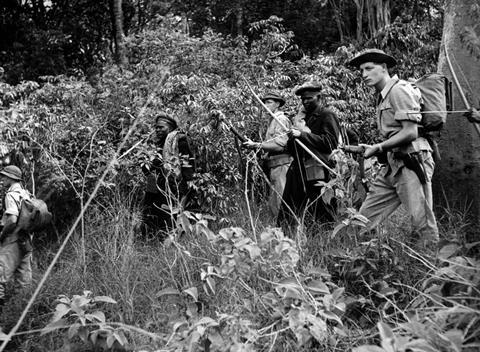 Stewart noted Hugh James did not approach the lead solicitors (Tandem Law, who remained neutral in the application) until March 2016 in respect of ten clients only. A further list of 291 names was provided a month later and Hugh James argued in court it was reasonable to take time reviewing files and awaiting the SRA investigation.

But Stewart said the application was delayed for six weeks even after the conclusion of SRA proceedings, with neither the defendant nor the court given any notice. The judge said 12 months were lost which could be categorised as the responsibility of either former or current representatives of the claimants.

The British government said there would need to be a process of considering which issues in the test cases were successful and mapping those to the other 40,000-plus claimants. This would be a ‘considerable exercise’ in both time and costs, which were estimated at tens of thousands.

Stewart said: ‘If the [new] test claimants are successful, particularly if they are successful only on some issues, there will be a not inconsiderable amount of extra work and cost incurred by the defendant.’