The president of the family division has said courts must make ‘hard-headed’ decisions about which cases must be heard remotely and those which can wait, as the profession continues to get to grips with working outside the court environment.

In B (Children)(Remote Hearing: Interim Care Order) Sir Andrew McFarlane warned of courts becoming ‘overloaded’ with remote hearings after finding that a child had been wrongly removed from the care of his grandmother and placed in foster care. The judge said the order should not have been made and ruled that the child return home, having been subject to a ‘chain reaction in the course of which fundamental legal and procedural principles came to be compromised’. 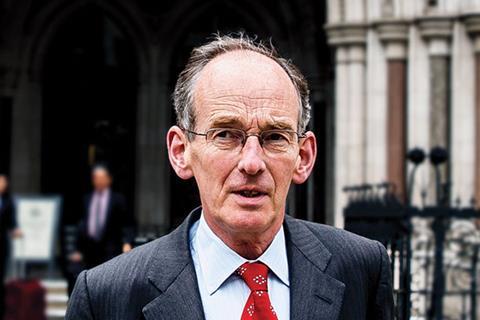 Sir Andrew McFarlane: courts must be prepared to adjourn cases if not suitable for remote hearings

McFarlane criticised the use of a telephone hearing for making the decision, saying a video link should be a ‘default option’ in urgent cases.

He said that the local authority involved in this case had issued proceedings for an interim care order and interim supervision order for the child and its sibling, asking for a hearing within 24 hours. Without any opportunity to file evidence, the court heard the grandmother was faced with an order that she had no chance of challenging, and within an hour her grandchild was taken into care. McFarlane said the outcome must have be ‘utterly bewildering’ for them both.

The nature of the speed of proceedings meant that none of the normal pre-proceedings stages, where a family has access to legal advice, could happen, and no evidence in response to the local authority could realistically be filed.

The court heard the recorder, hearing cases by telephone, received a ‘continuous stream’ of bundles, documents and position statements in different cases. By the time this case finished, it was almost 6pm and the recorder had worked, almost continuously and mainly on the phone, for 10.5 hours. McFarlane said the nature of the recorder’s workload was ‘surely a contributory factor’ in getting his decision wrong.

McFarlane said he was ‘troubled by the lack of any balanced analysis’ by the guardian for removing the child, and noted the ‘inadequacy of the evidence’ for taking such a step.

He added: ‘This was a classic case for an adjournment so that a considered decision could be taken about removal, if indeed that option was going to be pursued after reflection.’