Housing developers could face a ‘messy situation’ now that a bill setting the ground rent for new leasehold properties at ‘one peppercorn’ per year has become law, a residential property solicitor has warned.

Housing minister Eddie Hughes said the Leasehold Reform (Ground Rent) Act, which received Royal assent this week, will set the ground rent to zero on new leases from this summer and save future leaseholders hundreds of pounds a year. 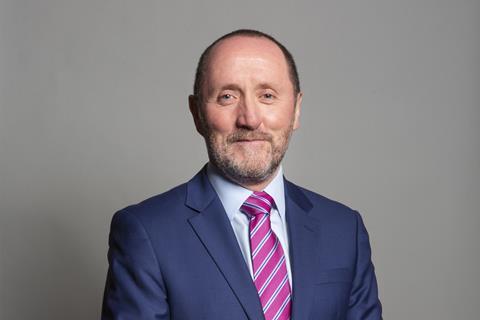 Hughes: Act will set ground rent to zero on new leases from summer

Robert Barham, residential property partner at London firm Forsters, said some developers anticipating the bill have already effectively abolished ground rents. Developers launching new schemes may want to pre-empt the new law by abolishing ground rents ‘but for schemes that are half sold at the time the law comes into force they will face the messy situation where some tenants pay ground rents and others do not’.

Barham added buyers are likely to resist having to pay a ground rent 'particularly if they can delay their purchase long enough to ensure it becomes illegal. Solicitors and other advisers will no doubt want to advise both their developer and buyer clients of the pending changes'.

The government said ‘tightly defined’ exceptions under the act include applicable community-led housing and certain business leases. Statutory lease extensions for houses and flats are exempt. The ground rent that can continue to be charged on a voluntary lease extension is capped and cannot exceed the amount specified in the lease for the remaining term, before reverting to a peppercorn rent for the extended term. The act will come into force no earlier than 1 April 2023 for retirement homes.

The Law Society welcomed the passing of the act.

However, I. Stephanie Boyce, president, said: 'Whilst this act will address ground rents for flats in new developments, the Law Society will continue to make the case for prospective buyers of leasehold properties in existing developments to be given key information about leasehold terms at the very beginning of the process, so they can make an informed decision as to whether to view a property.

'We secured several important improvements to the bill during its passage through parliament. We hope the act will create the foundation for a new regime for the ownership of flats and we await the further legislation that government has promised will be brought forward in this parliament.'