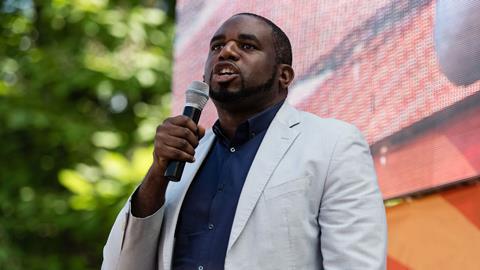 Male black, Asian and minority ethnic defendants are more likely to plead ‘not guilty’ than white men, resulting in longer sentences and more costly trials, the interim findings of a government-sponsored review suggest.

Labour MP David Lammy’s report on racial bias and representation in the criminal justice system, published today, states that arrest rates are generally higher for the BAME population compared with the white population.

Black men are more than three times more likely than whites to be arrested.

BAME men and women are disproportionately more likely than their white counterparts to be committed to the Crown court for trial.

The report notes the ‘particularly striking’ difference in plea. BAME men are more than 50% more likely than white men to plead ‘not guilty’ at Crown court.

The report states: ‘How the defendant arrives at a plea could be influenced by the legal advice they receive, the type of legal representation they have, if any, the level of trust they place in any sentencing discounts they may receive for early guilty pleas, the defendant’s assessment of their chances with a jury, as well as whether they actually committed the offence with which they were charged.’

In a letter to the prime minister, Lammy (pictured) said the criminal justice system has a ‘trust deficit’.

Lammy does not believe that all the causes of over-representation lie in the system, but said the government ‘must make sure that the system is scrupulously fair and that it does everything it can to help offenders turn their lives around’.

With the final report due to be published by next summer, Lammy outlined a handful of key themes he will explore further over the next few months.

This includes the ‘use and misuse’ of data. He told the PM: ‘I will examine in detail what data is missing about our justice system – and what more can be placed in the public domain. I also intend to look more closely at the growing use of Big Data and algorithmic decision-making in justice systems.’

With plans to explore oversight and accountability, Lammy was impressed by some of the Crown Prosecution Service’s practices, which systematically review charging decisions.

‘This can have tangible consequences,’ he said. ‘For example, ethnic minority defendants appear more reluctant that the white population to cooperate and plead guilty before arriving in court. This costs the justice system money, with more cases going through the courts, and results in longer sentences for those who are found guilty.’

Earlier this year, Lammy told the Gazette that judicial diversity will be one of the key aspects of his final recommendations.