MoJ praised for 'listening to experts' over female offending

The government has won praise for its strategy to divert vulnerable female offenders away from prison, instead supporting them through community-based sentences.

In its female offenders strategy published today the Ministry of Justice announces the piloting of five 'residential women's centres' in place of prisons. They will provide safe accommodation for women serving community sentences. 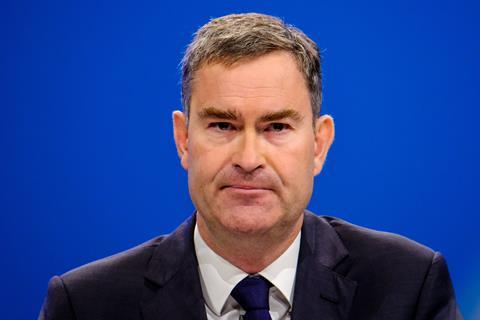 Female offending is estimated to cost £1.7bn a year. Many female offenders are assessed as low or medium risk, and commit non-violent and low-level offences. Over half of women re-offend within 12 months of being released from prison.

Justice secretary David Gauke said that many women serving custodial sentences are extremely vulnerable and have experienced abuse. 'Evidence clearly shows that putting women into prison can do more harm than good for society, failing to cut the cycle of reoffending and often exacerbating already difficult family circumstances. While public protection will always be our priority, and prison must remain the only option in the most serious cases, I want that to be a last resort,' he said.

Lord Farmer (Michael Farmer), who was commissioned by the government to review the importance of family ties in improving outcomes for offenders, has been asked to review his recommendations 'through the lens of the needs of the female offenders'. Prison Service Order 4800, which outlines how the prison service should manage women prisoners to meet their different needs, will be replaced with a 'Women's Policy Framework', which will be published this autumn.

Frances Crook, chief executive of the Howard League, said ministers 'deserve real praise for the broad direction of travel this strategy for women outlines'. Crook said it was 'particularly encouraging that the government has listened to experts and decided not to proceed with building oxymoronic community prisons - a policy that was strongly opposed by the Howard League and members of the All Party Parliamentary Group for Women in the penal system. Women's centres can achieve what prisons cannot - working with other organisations in the community to turn lives around and reduce crime. It is essential that they are properly funded to continue this success'.

The Centre for Women's Justice welcomed the strategy's commitment to reducing the female prison population but said 'pitiful amounts of funding' were being diverted from criminal justice to community-based services.