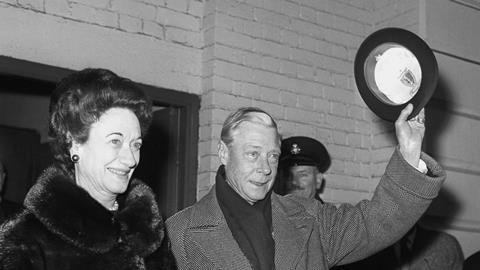 Munby orders unsealing of abdicated king's will - but won't read it

The seals of the envelope containing the will of the abdicated King Edward VIII, who died in 1972, can be broken to identify who holds the copyright of his literary works, the president of the family division has said in an unusual ruling.

In In the matter of His Royal Highness the Duke of Windsor (deceased), Sir James Munby said it would be 'absurd' to deny the Royal Archives copies of the will and codicil of someone 'who was born a royal prince, died a royal duke and was in his time His Majesty the King'.

The judgment notes that 'His Royal Highness Prince Edward Albert Christian George Andrew Patrick David Duke of Windsor died on 28 May 1972' and that at the time he was domiciled in France.

His will was sealed in accordance with a century-old practice in relation to royal wills. The policy was reviewed by a working group set up by Sir Mark Potter, then family division president, in 2010.

Last month Oliver Urquhart Irvine, librarian and assistant keeper of the Queen's Archives, wrote to the District Probate Registry in Leeds, formally requesting a copy of the duke's will and codicil for research purposes. The letter was passed on to Munby.

The Royal Archives holds many originals and copies of probate records for past royal family members and the duke's will represents a gap 'in our holdings and therefore in our knowledge', Irvine said.

Copyright in the duke's papers, which are of enduring fascination to historians, does not expire until 2042. Many other organisations hold his papers and are likely to approach the Royal Archives for advice' Irvine said. 'Similarly, we have previously been approached by researchers seeking permission to publish letters by the Duke of Windsor but have been unable to advise whether copyright is held by Her Majesty The Queen.'

Each of Irvine's 'compelling' reasons justified disclosure, said Munby, ruling that one copy of the will be delivered to Irvine and the document then resealed. Munby stressed that he had not opened the envelope, read the will or codicil or had 'any idea as to their contents'.