The Supreme Court has ruled that a professional negligence claim should not lose its worth because the case was retrospectively downgraded in value. The ruling could pave the way for more negligence claims against law firms.

Ruling in Edwards v Hugh James Ford Simey Solicitors, the court unanimously dismissed an appeal from the law firm (which has since demerged into two separate practices) and remitted the matter for assessment.

Judges concluded that the claimant, a former miner who missed out on making a services claim when he applied for tariff-based compensation, was entitled to claim for the lost opportunity and what it would have been worth at the time. This was despite a subsequent medical report suggesting his symptoms would have been insufficient to succeed on a services claim.

Lord Lloyd-Jones, giving the lead judgment today, said the claimant would have pursued an honest services claim had he received non-negligent advice. The medical report was ‘not relevant’ to the issue of loss.

The claim was advanced by the daughter of the late Thomas Watkins, who had suffered from vibration white finger and accessed a government scheme for compensating miners employed by British Coal.

After advice from the firm, he accepted the offer of a tariff award for £9,478 general damages in full and final settlement.

Five years after that settlement, he brought a claim for professional negligence on the basis of the lost services claim. However a jointly instructed medical expert said Watkins’ symptoms would have been insufficient to succeed on a services claim. The court therefore held that he suffered no loss and dismissed the claim.

Watkins successfully appealed to the Court of Appeal, which decided the trial judge had been wrong to determine the value of the services claim on the basis of evidence that would not have been available at the time of the notional claim.

In its ruling, the Supreme Court said the services claim under the compensation scheme had a real and substantial rather than merely negligible prospect of success. The evidence of a medical report applying a different presumption did not change that.

Lord Lloyd-Jones added that the later evidence was ‘simply not relevant when constructing the counterfactual situation which would have arisen if Mr Watkins’ solicitors had fulfilled their duty to him.’

Susan Hargreaves, of BPS Law LLP, who represented the claimant, said: ‘This judgment confirms what claimant lawyers have always thought - that claims handled under a scheme must be treated differently because schemes are intended to provide an efficient and economic system for dealing with a huge number of claims in a way that was broadly fair.

‘To then seek to apply conventional civil procedure rules is counterproductive and goes against the purpose for establishing a scheme in the first place.’

Counsel for the claimant, Richard Copnall of Parklane Plowden Chambers, said the decision provides clarity for those litigating solicitors’ negligence claims arising out of the British Coal scheme. 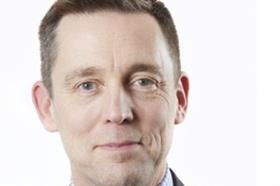 ‘This is likely to lead to the prompt settlement of the many claims that have been stayed or stalled, awaiting judgment in this appeal,’ he added. ‘In the longer term, the principle is likely to be applied to claims arising from other schemes and, perhaps, to professional negligence claims in general.’