The former president of the Supreme Court has revealed that he is ‘unconvinced’ by a major argument used to justify the government’s controversial judicial review reforms.

Lord Neuberger shared his views towards the end of a session on judicial review reform – which he was chairing – at Public Law Project’s annual conference yesterday.

He said: ‘The argument that the government is concerned to protect judges from being criticised for being political is a convenient but unconvincing argument. Many decisions by executive bodies will inevitably have at least a political component. If the court gets involved in ruling whether a decision is lawful or not – which is a fundamental aspect of the rule of law – you can say judges are getting involved in a political issue. That’s a part of the judicial role. Once you accept that the essential function for judges to get involved in checking the executive to the extent making sure, and no more than the extent of making sure, the executive observes the law.’ 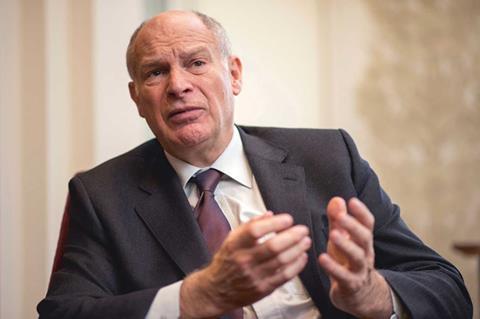 Lord Neuberger said the article 50 and prorogation JR cases were ‘exceptional’. He did not comment on the article 50 case because it was heard before him. However, on the prorogation case, he said: ‘What would have happened if the prime minister got up on the floor of the House of Commons and said "I have in my pocket the approval of the Queen to prorogue parliament for two years"? There would have been nothing anyone could have done about it because parliament would have been dissolved unless the courts had the power to step in. It seems to me common law is based on practicality as much as principle. Unless the courts had the power to do what the Supreme Court did, parliament would have been out of commission for two years. It seems to me that Miller 2 was right.’

The former Supreme Court chief said it was ‘always worth remembering’ that judicial review ‘is what ensures that the executive arm of government keeps to the law and that individual rights are protected’.

‘Ouster clauses, for example, which are intended to ensure a particular class of decision cannot be judicially reviewed, carry with them the inevitable implication that whoever has the protection of the ouster clause has the right to break the law with impunity,' he said.

The Judicial Review and Courts Bill is expected to have its second reading in the House of Commons on Tuesday.